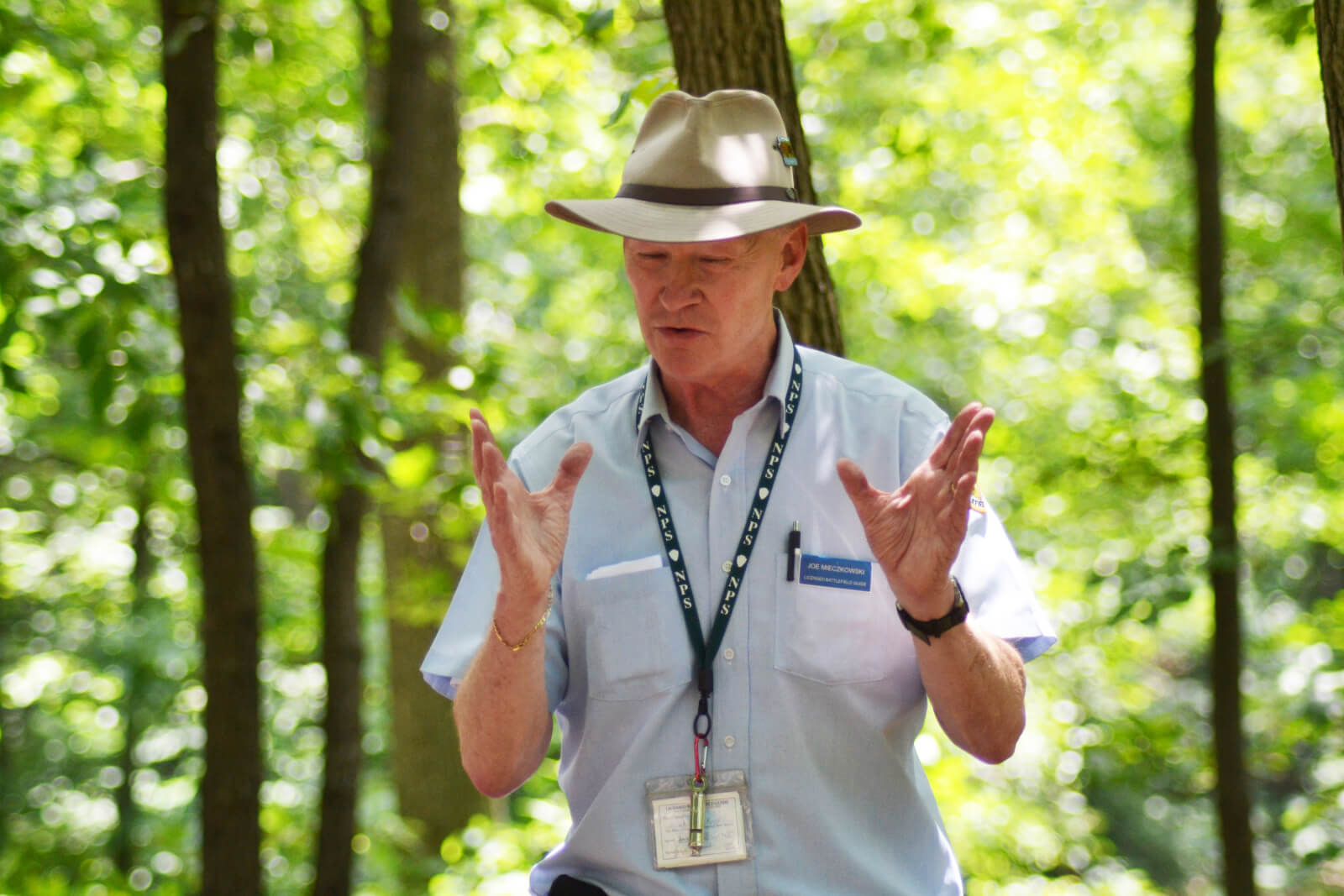 157th Anniversary of the Battle of Gettysburg Virtual Events

The three-day Battle of Gettysburg marked a turning point not only in the course of the American Civil War, but also for the future of the United States of America. Join Park Rangers, historians, and Licensed Battlefield Guides during the 157th Anniversary of the Battle of Gettysburg for a series of free VIRTUAL guided walks and talks that discuss, explore, and reflect on this important chapter in our nation’s history. These virtual programs will offer viewers unprecedented access to locations and historic structures that have previously never been featured during the Battle Anniversary.
Beginning at 8 am on July 1, 2020, and continuing nearly every hour throughout the day, virtual “Real Time” programs will chronicle the Battle of Gettysburg, highlighting the people, moments, and events that shaped the course of the three days of battle. All programs will be streamed on the Gettysburg National Military Park Facebook Page and can be viewed anytime following their premiere. Each evening of the Battle Anniversary, at 8:30pm, the Park will share an extended virtual program done in conjunction with park partners, including the Adams County Historical Society, the Gettysburg Foundation, and the American Battlefield Trust. Additionally, the Education Team at Gettysburg National Military Park will be offering free virtual programs for young visitors and families.
For more information, visit www.nps.gov/gett. All virtual programs are free and accessible to the public via the Gettysburg National Military Park Facebook Page.