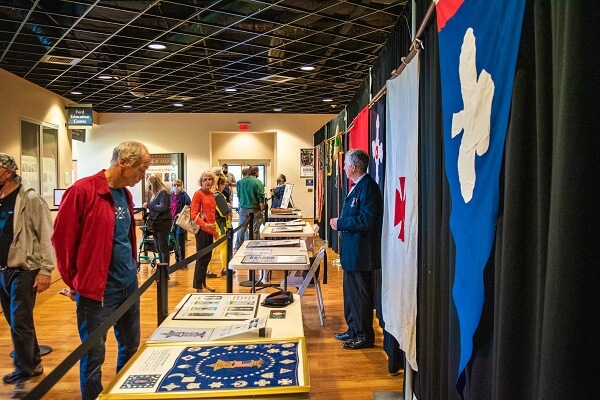 Colors of the Blue: Flags of the Union Army

Price: Free and open to the public.

Visitors to the Gettysburg National Military Park Museum & Visitor Center have the opportunity to see and learn about “Colors of the Blue: Flags of the Union Army” Saturday, Feb. 19, 2022, from 10 a.m. until 3 p.m. in the Group Lobby. 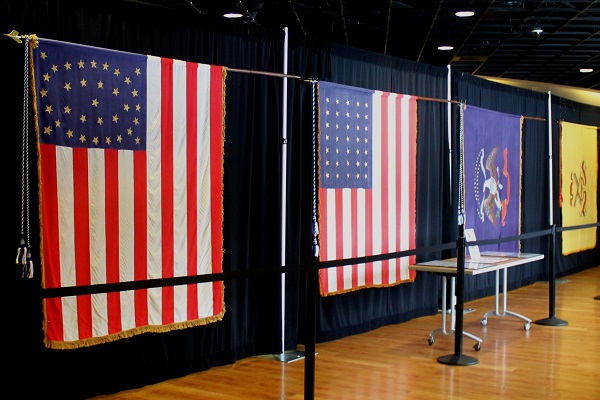 Dr. Lawrence Keener-Farley, retired Director of Education at the National Civil War Museum and a Gettysburg National Military Park volunteer historian, will present brief talks on the flags throughout the day.

Reproductions of the most common flags of the Union Army infantry, cavalry and artillery units, and the flags designating corps, division and brigade commanders will be on display. Artifacts from the July 4, 1866, “Return of the Colors” will also be on display. The “Return of the Colors” ceremony was held when the Pennsylvania units returned their flags to the state in a ceremony at Independence Hall in Philadelphia. A souvenir flag carried by war orphans who marched in the historic parade (perhaps the only surviving example) and a bronze version of a gold medal presented to Maj. Gen. George Meade are some of the artifacts from this event that will be on display.

The exhibit and talks are presented by the Civil War Dance Foundation (CWDF) free of charge as part of its educational outreach programming.