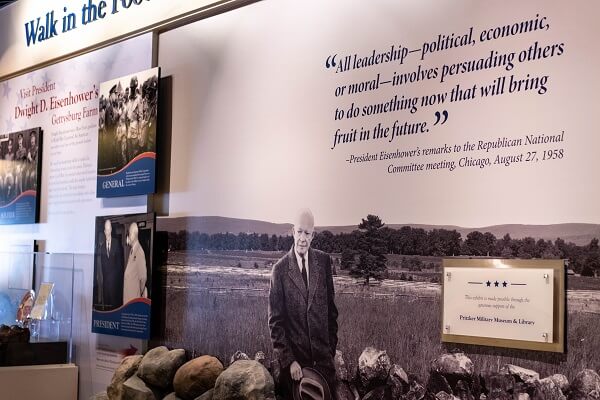 Inspired by the life and career of General and 34th President of the United States, Dwight D. Eisenhower, a new Eisenhower Exhibit Spotlight is now open to the public in the Museum lobby. The introductory exhibition is included with a ticket to the Film, Cyclorama & Museum Experience or the Museum Experience exclusively at the Museum & Visitor Center. 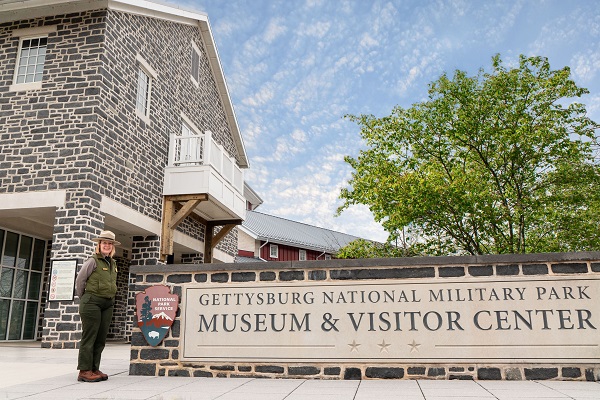 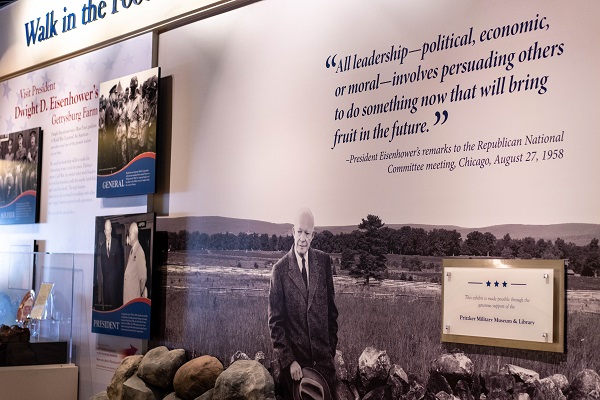 After experiencing the Eisenhower Exhibit Spotlight inside the Gettysburg National Military Park Museum & Visitor Center, visitors are encouraged to go prepared and tour the Eisenhower National Historic Site, which provides guests with an intimate look at the home life of President Dwight and First Lady Mamie Eisenhower. Renovated in the early 1950s, the home served as a weekend getaway for the President and a meeting place for world leaders. Retiring to the farm in 1961, the Eisenhowers gifted the property to the federal government in 1967. The farm was designated as a National Historic Site in 1969. Today, the site currently offers visitors a self-guided tour of the grounds including its gardens, teahouse, skeet range, putting green and barns. Visitors are invited to drive directly to the historic site with on-site parking available.