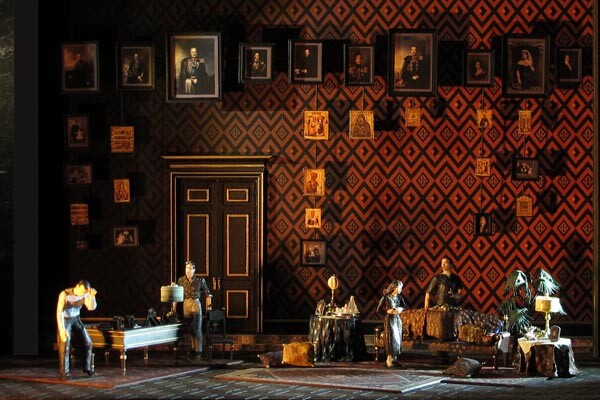 The Met Live in HD: “Fedora”

Giordano’s exhilarating drama Fedora returns to the Met for the first time in 25 years, starring soprano Sonya Yoncheva in the title role of the 19th-century princess who falls in love with her fiancé’s murderer, Count Loris, sung by tenor Piotr Beczala. Soprano Rosa Feola is the Countess Olga, Fedora’s confidante, and baritone Artur Rucinski is the diplomat De Siriex. Marco Armiliato conducts David McVicar’s intricate production, with a fixed set that unfolds to reveal the opera’s settings: a palace in St. Petersburg, a fashionable Parisian salon, and a picturesque villa in the Swiss Alps.