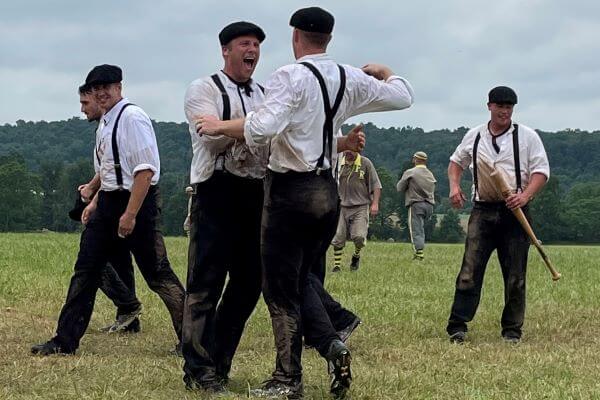 Email
The Great Gettysburg National 19th Century Base Ball Festival & Tournament returns.
See how baseball was played in Adams County in 1864 when it was called base ball, using the same style uniforms and equipment and playing by the same rules and customs of the mid 19th century.
Clubs from all over the country come to town for this great two-day event.
Don’t miss one of the great family highlights of the summer!
x