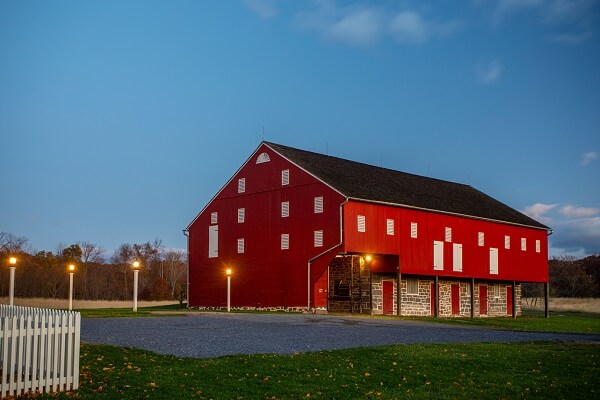 In the Midst of a Storm: An Evening with the Citizens of Gettysburg Before, During and After the Battle

Purchase tickets to join Licensed Battlefield Guide Mary Turk-Meena at the George Spangler Farm & Field Hospital for a special evening program on citizens of Gettysburg before, during and after the 1863 battle on Friday, July 22, 2022, at 6 p.m.

Explore what the town of Gettysburg was like in the summer of 1863. Hear stories of the experiences of those who lived through the most important event of their lives.

The travail and tragedy visited upon the innocent citizens of the town of Gettysburg during the great battle are often overlooked. The famous civilian stories of Jennie Wade and John Burns immediately come to mind. And there are many others. As the two competing armies gathered in South Central Pennsylvania in the summer of 1863, ordinary citizens became spies, nurses, scavengers and profiteers. Some civilians risked their lives to support the Union Army of the Potomac – while others were not quite so heroic.

Licensed Battlefield Guide Turk-Meena introduces guests to the civilian stories – some you might not have heard before. Her presentation is a unique opportunity to gain insights and learn more about citizens of Gettysburg and the events they experienced before, during and after the battle. What did they know before the opening shots of the battle? What did they do during the battle? How did they survive after the battle when all had been destroyed and thousands of wounded had taken over the entire area for weeks to come?

The special program lasts approximately 90 minutes and is limited to 40 attendees. The general admission ticket price is $20. Friends of Gettysburg receive a $5 discount. Tickets are available for purchase in advance by calling Guest Relations at 877-874-2478 or online at GettysburgFoundation.org.

Ticket holders for this program may drive directly to the property and park on-site. The gates open at 5:30 p.m. for ticket holders to explore original buildings from the battle and the grounds of the 80-acre historic site. The program begind promptly at 6 p.m.