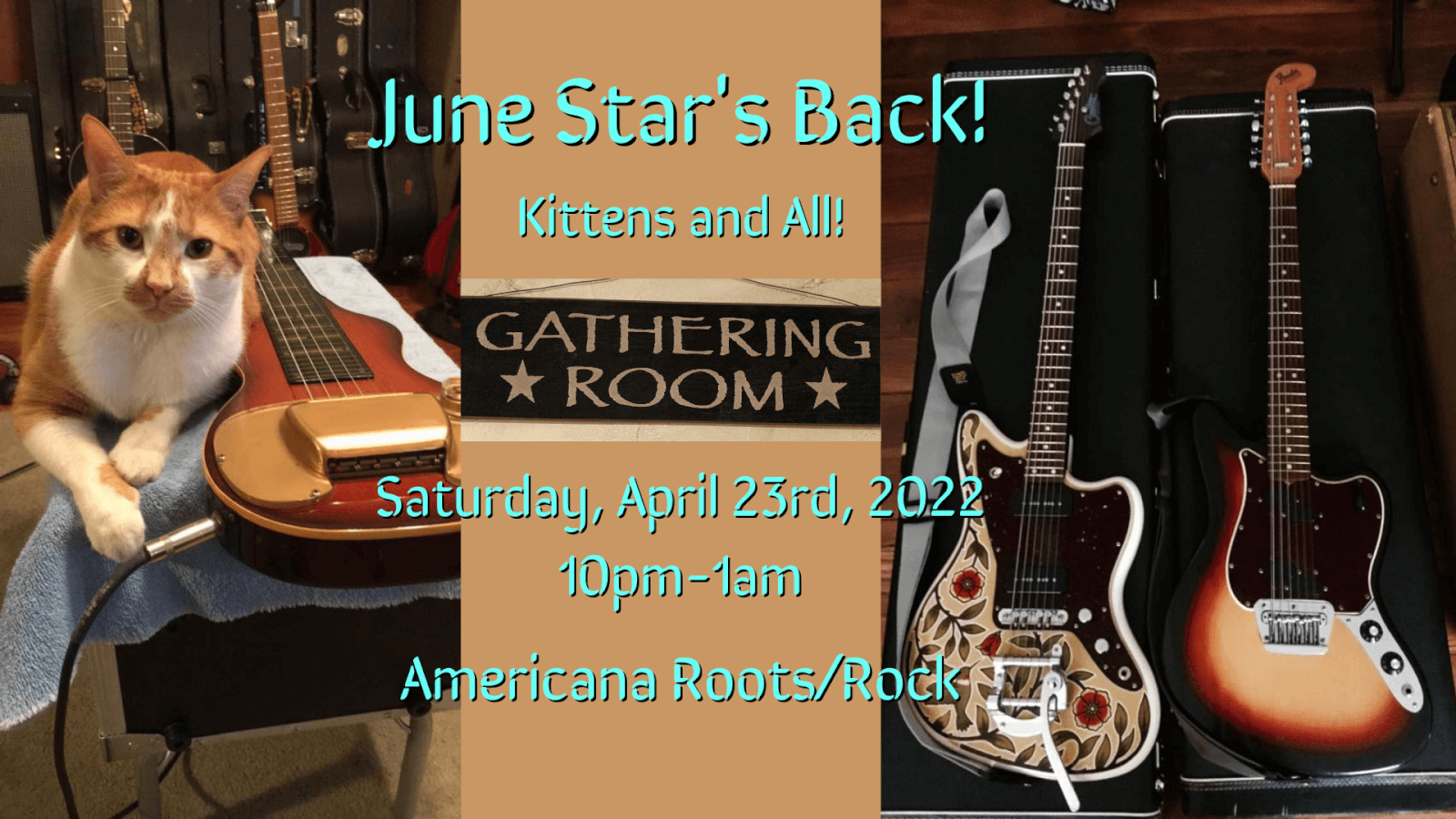 June Star live at the Garryowen!

Email (717) 337-2719
Twice in one year?! We can’t get enough. Andrew Grimm and June Star are returning to our humble pub. They are always an impressive performance. We can’t wait!
Apologies, but I don’t think the cat is coming along with them. It sure is cute, though!
“Tangible lyrics with music rooted in american dirt… the poetic mixes with clear snapshots of everyman in an everyday… live performances are affecting and thought provoking…”
“June Star was formed in 1998 by Andrew Grimm. Their first shows opening for the likes of the Vroys and the Damnations TX indicated that it would be a short ride to the top. Since then they have played many many many shows delivering ringing electric guitars with rustic American rhythms on pretty much the same level as they started. It was been quite a plateau. June Star continues to put out quality recordings… at this point… sixteen records have been released… the most recent being The Late Spring.”
You can check out their music on https://junestar.bandcamp.com.