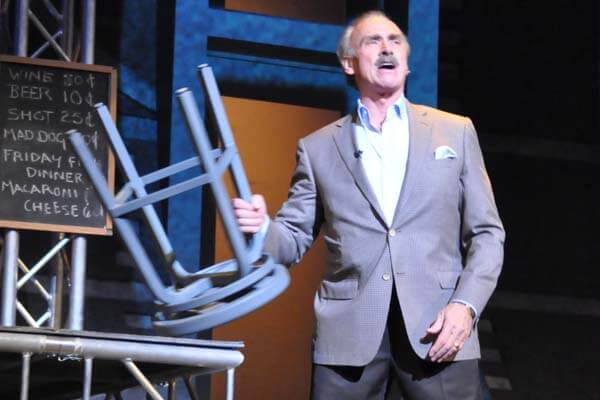 *This event has been postponed. Date TBD.

Four-time Super Bowl champion, Rocky Bleier, performs his one-man show, The Play, based on his almost unbelievable life story. Directed by Scott C. Wise and written by Gene Collier, a Pittsburgh Post-Gazette sports journalist and co-author of The Chief, The Pittsburgh Public Theater’s hit about Steelers founder Art Rooney, Sr, The Play takes the audience into three bars from Rocky’s life where he tells stories of family, war and the heart of Steeler Nation.

In The Play, Rocky Bleier recalls being selected in the 16th round of the 1968 draft by the Pittsburgh Steelers, only to be drafted one year later by the Army and sent to Vietnam. Severely injured, he was expected to never play football again. However with personal determination and the encouragement of Steelers owner Art Rooney and other team members, Rocky was back at training camp in 1970 where he became an indispensable part of the Steelers dynasty, whose Super Bowl victories include 1975, 1976, 1979 and 1980.

Journey through the decades via familial anecdotes, tales of Steelers glory and multimedia projections that bring Rocky’s remarkable story to life. This heartfelt and inspiring memoir is perfect for sports fans of all ages.