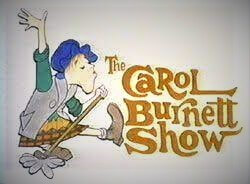 Carol Burnett is known as one of the most brilliant comedians of all time, and her Carol Burnett Show ran for 11 years, garnering 25 prime-time Emmy awards and inclusion on Time magazine’s list of “100 Best TV Shows of All Time.”

You’ll love this opportunity to see some of her best comedy sketches, as performed by the unsurpassed team of Carol, Harvey Korman, Tim Conway, and Vickie Lawrence, but now see the comedy skits LIVE on the GCT stage by our senior actors.

In 2019, Carol Burnett became the first recipient of the Carol Burnett Award, an honorary Golden Globe Award bestowed for outstanding contributions to television on or off the screen. Associate producer Robert Wright and the entire staff of the Carol Burnett Show are donating their share of profits from the sale of this comedy material to the Navajo Indian Children’s Scholarship Trust.

Fans may remember sketches such as: “Return to Andy Hardy,” “Old Folks Molly and Bert,” “As the Stomach Turns” — a soap opera parody — and many more.

Get ready to laugh and laugh some more during this hilarious play starring an ALL-SENIOR cast of Gettysburg Community Theatre actors.