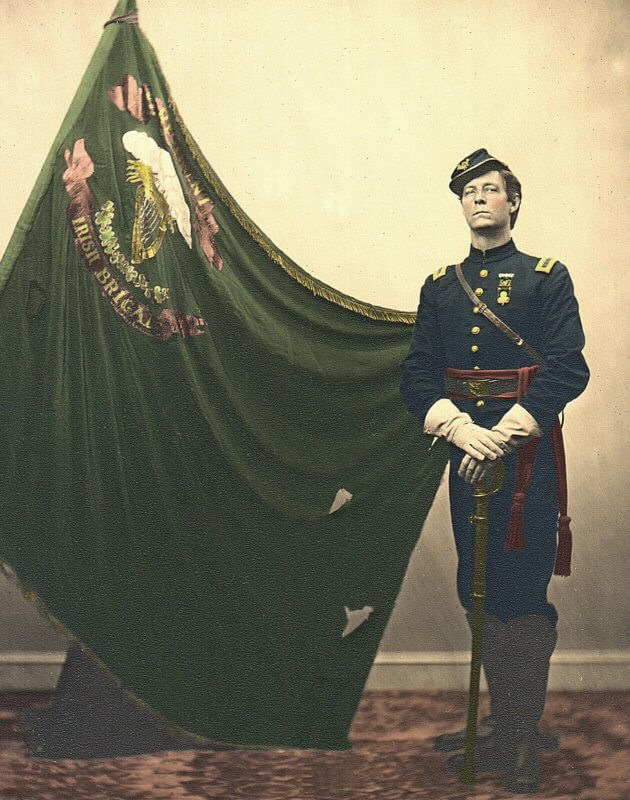 An Evening with David Kincaid Hosted at the Lomas Museum

Join us for a live theatrical performance! Recognized as both musician and historian, David Kincaid presents a compelling combination of the songs and history of the Irish in the American Civil War. Years of research combined with professional recording and performing experience have been translated into two critically acclaimed albums; “THE IRISH VOLUNTEER” and “THE IRISH-AMERICAN’S SONG,” collections of authentic Irish songs of both the Union and the Confederacy. Having performed at a variety of Irish/Celtic festivals, historical sites and folk music venues across the US, as well as European tours, David’s music has also been used in several documentary films, and he was a consultant and performer in the Hollywood Civil War film release, “Gods and Generals.”

“50 minutes of music you won’t soon forget… Listening to Kincaid’s music one can easily understand why so many Irishmen fought so hard; sing-along tunes like these just might get your blood boiling.”
Jeff Clouser – The Boston Globe, May 22, 1998

“…a riveting new recording of Irish-American Civil War songs, most unheard for a century or more.” “Kincaid is a grand singer with a whiskey baritone full of fine gravel and crackling emotion; ‘The Irish Volunteer’ is one of the most emotionally credible Civil War recordings ever made, as well as a superb irresistibly melodic Irish folk recording.”
Scott Alarik – Irish Music Magazine (Ireland), April 2005

“David Kincaid is truly in the tradition of the all-round artist, performer, producer, and researcher; he really is a sort of musical/ impresario one-man band. But he’s not entirely alone, because he has assembled a first-rate group of musicians to supply apt accompaniment, vocal and instrumental.”
“For anyone interested in the Irish in America, songs of the immigrant Irish and their involvement in the American Civil War, this CD is a “must buy’ album.”
Aidan O’Hara – The Irish Times (Dublin, Ireland), September 29, 1998

“Had David Kincaid not come along with zeal and a passion to bring them [the songs] to light again, who knows how long it might have taken to uncover this segment of Irish-American history?”….”Stirring stuff.”
Dick Hogan