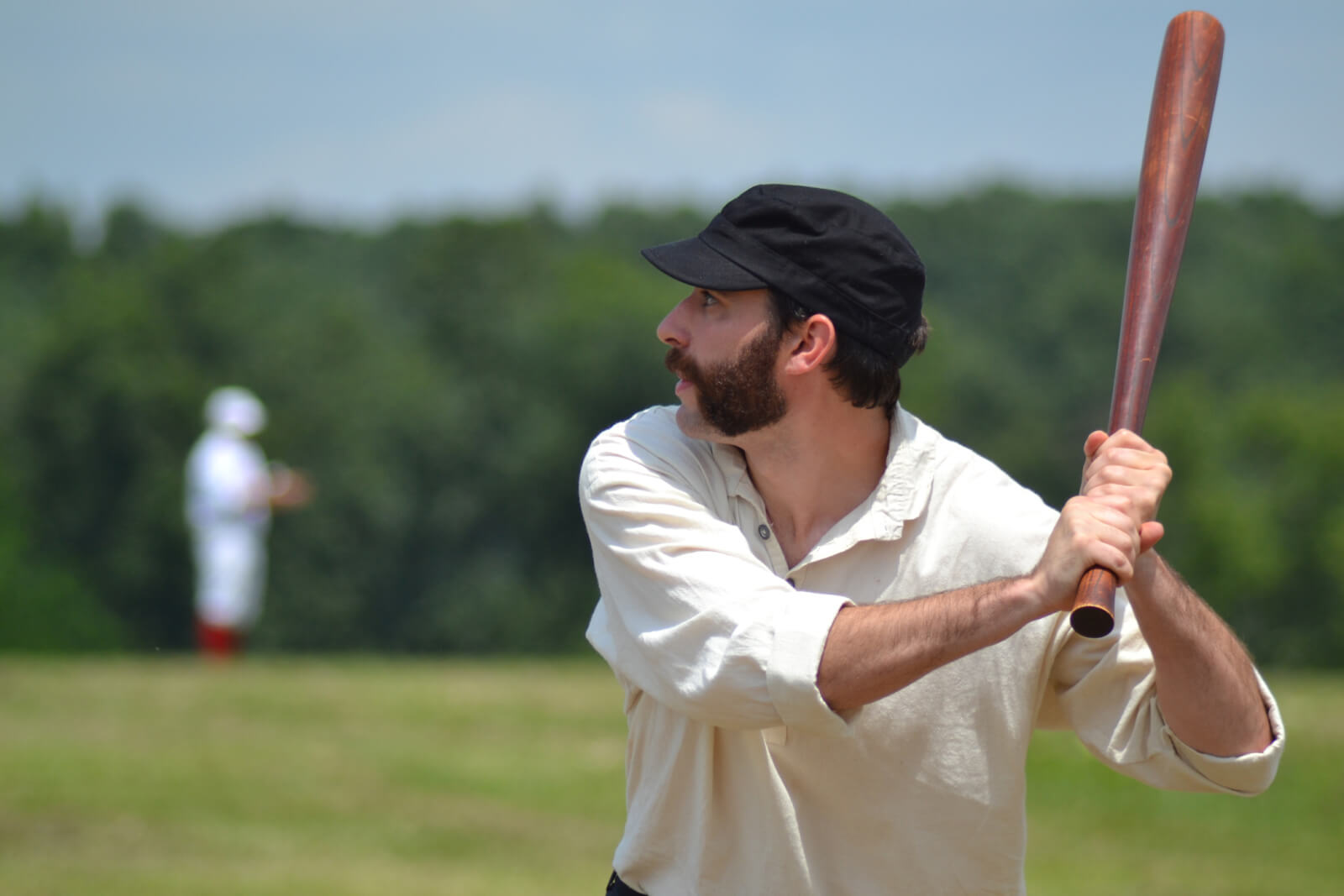 Vintage baseball teams from around the country will gather in Gettysburg to compete in a different kind of baseball tournament. The games will be played just as they were in 1863 – following the rules and wearing the uniforms from the 19th century.

The weekend kicks off Friday night with a kids clinic and all clubs match at the Gettysburg Area Recreation Park. Kids will get to throw, catch and hit using the balls and bats that players will be using the next day. During the all clubs match, spectators are encouraged to join in and try their hand at the game!

24 club teams from around the country will play throughout Saturday, as well as on Sunday.

Participate in the annual Base Ball Walk Saturday evening. Stroll down Steinwehr Avenue, learning about different aspects of 19th-century baseball.

Step back in time and enjoy a relaxing weekend watching 19th-century baseball!

Follow the Festival’s website for the schedule as well as other events which will be associated with the event. The Festival is managed and operated by the Elkton Base Ball Club and Exhibition Company.