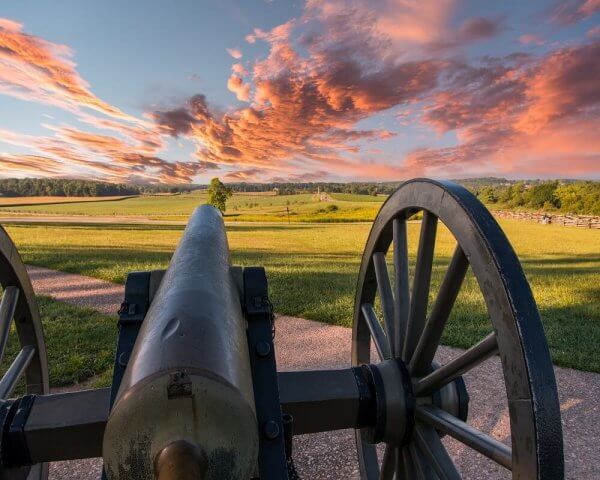 Join Licensed Battlefield Guides on Tuesday evenings this summer for a series of in-depth battle walks. These are ideal for anyone wanting a deeper understanding of a particular aspect of the battle. If you’re interested, please register in advance on the website.

Captain James McKay Rorty – one of the 140,000 plus Irishmen who would serve in the American Civil War.

Like most Irishmen who served, he was motivated by a dual purpose. One to America, because the idea of liberty and its Constitution is worth fighting for. One to Ireland, to which they hoped to someday bring their fighting experience back to their native land.

Explore this topic at the first stop. Also at the first stop, which is the approximate place where Rorty’s battery fought on July 2nd, the confusion as they supported Sickles withdraw from the Peach Orchard is covered.  Then, follow Captain Rorty to the July 3rd position where Confederate artillery & infantry attacks pummel the battery and the Captain gives his life. “Rorty’s death is as severe a loss as Ireland has had for a long time. He surpassed everything in the Army of the Potomac on the 3rd instant. . . No words can express what he deserves.”

(Suggested to bring a hiking chair).

The total walk is about 1.25 miles on paved roads and mowed paths.