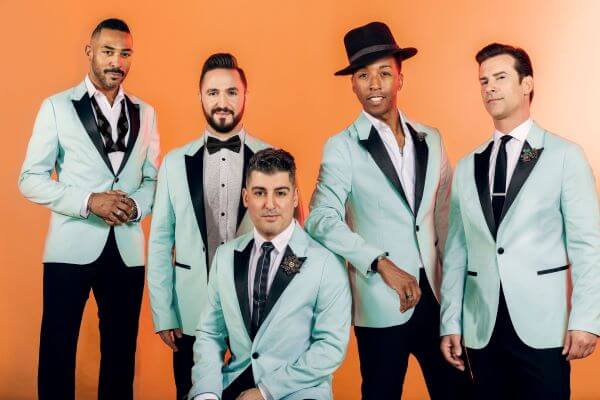 The Doo Wop Project at the Majestic

The Doo Wop Project begins at the beginning: tracing the evolution of Doo Wop from the classic sound of five guys singing harmonies on a street corner to the biggest hits on the radio today. In their epic shows The Doo Wop Project takes audiences on a journey featuring foundational tunes from the Crests, Belmonts and Flamingos through the vocal artistry of Smokey Robinson, The Temptations, and The Four Seasons all the way to DooWopified versions of modern hits from Michael Jackson, Jason Mraz, Maroon 5, and Sam Smith.

The Doo Wop Project recently gained national attention with the PBS special, The Doo Wop Project, which traces the evolution of Doo Wop from the classic sound of five guys singing tight harmonies on a street corner to the biggest hits of today in this concert special filmed before a live audience. The PBS special has amassed thousands of viewers throughout its time on the network, with the special continuing into later 2022.

Featuring stars from the Broadway hits Jersey Boys, Motown: The Musical, and A Bronx Tale, The Doo Wop Project brings unparalleled authenticity of sound and vocal excellence to recreate—and in some cases entirely reimagine—the greatest music in American pop and rock history.

This show is made possible by the J. William Warehime Foundation Fund of the Majestic Theater’s Centennial Endowment.