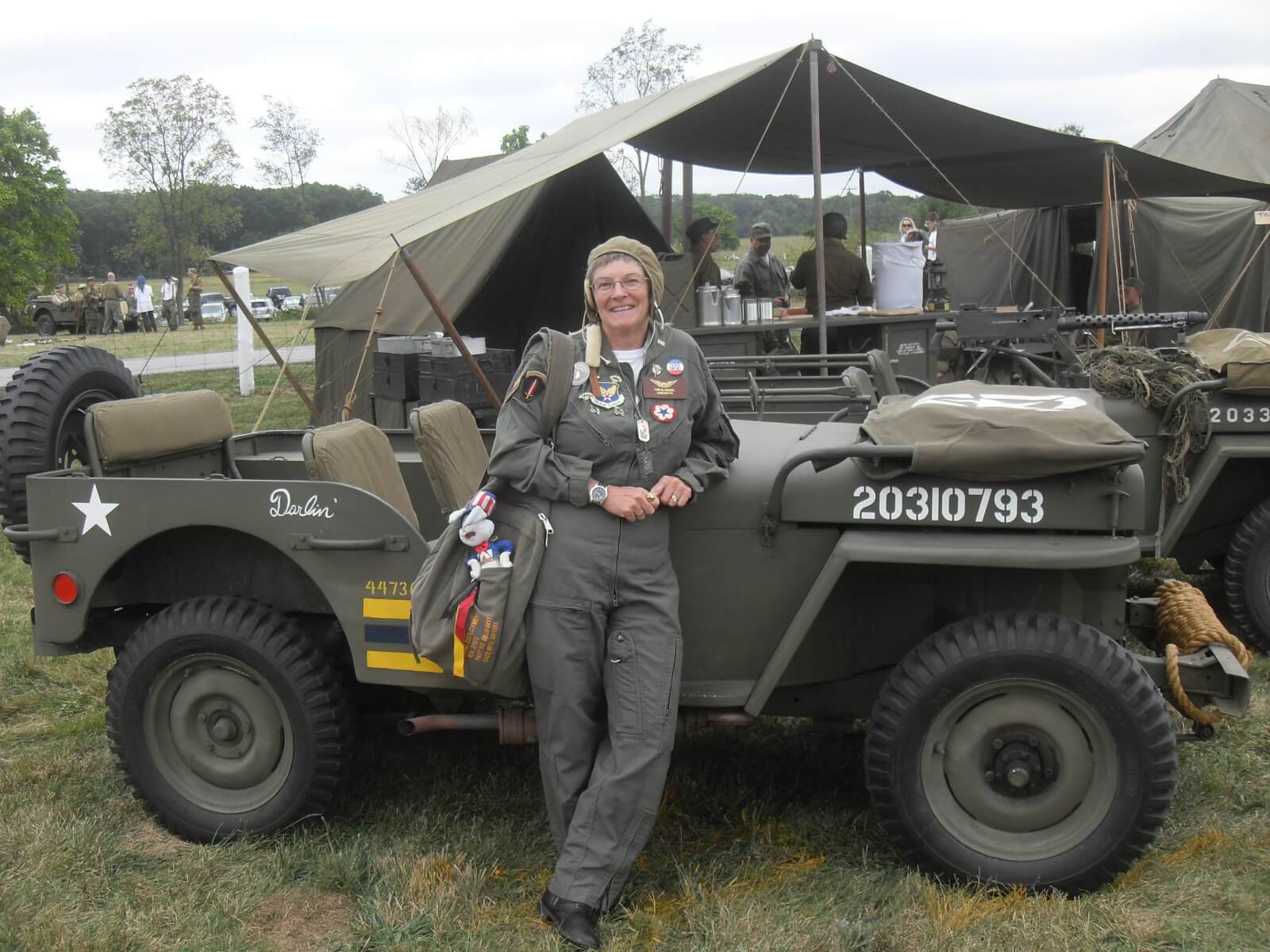 See a different side of Gettysburg, with this look at the people and places that played a part in World War II. You will visit a prisoner-of-war camp. Learn why an intelligence camp was located here, training specialized troops for psychological warfare.

Hear stories of the navy’s map-making operation preparing for the invasion of Japan, and consider the scrap drive that almost took some of the battlefield’s most famous monuments. Find out what sacrifices Gettysburg’s citizens made to help with the war effort.

You will also hear moving stories of WWII veterans buried in the national cemetery (yes, the one that Lincoln dedicated). From Pearl Harbor to the Battle of the Bulge to Guadalcanal, these war-time casualties (nearly 500 laid to rest here) encompass all theaters of the war and all branches of the military service.

Key war-time leaders have traveled here to pay their respects: Franklin D. Roosevelt, Winston Churchill, Charles de Gaulle, John F. Kennedy, Bernard Montgomery. And one, Dwight D. Eisenhower, chose to move here. Your guide can share details of their visits to Gettysburg, as you see this famous little town from a fresh perspective.

**As an extra bonus allow another 45 minutes to your tour for heroic tales of World War II heroes in the National Cemetery.