If you purchase ticket to Shenandoah, we can offer you the "Civil War Package."  You can add tickets to The Memoirs of Abraham Lincoln for just $10 each, securing the best seats in the theatre for the performance of your choosing.  Call the Totem Pole Box office today at 1-888-805-7056 for the best seat selection.
Shenandoah: THIS SUMMER'S FAMILY MUSICAL . . .
A Quaker who refuses to participate in the Civil War is drawn into it when one of his sons is abducted and another is killed, in this Tony Award-winning Broadway musical adapted from the classic 1965 Jimmy Stewart film. A heart-warming, bittersweet tale of family & country, patriotism & parenthood set to a country music score and featuring a cast of 20+ actors ages 10 to 70.
Suitable for audiences of all ages.
The Memoirs of Abraham Lincoln: AS SEEN ON PBS . . .
Marking the 150 anniversary of the death of Abraham Lincoln, Granville Van Dusen brings his acclaimed PBS production of the one-man play The Memoirs of Abraham Lincoln to the Totem Pole Playhouse stage for his farewell performance as the nation's sixteenth president. Written by playwright Peter King Beach and directed by Academy Award-winning Best Director, Delbert Mann, the play had its World Premiere 25 years ago at nearby Gettysburg College’s Kline Theatre. The play is a refreshing portrait of one of our country’s most beloved presidents; spanning his early years as a country lawyer, to the troubling times of the Civil War.
Suitable for audiences of all ages. 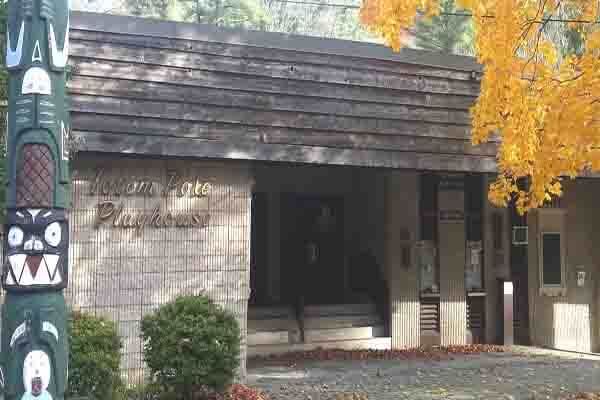