Yes we have a famous battlefield to tour by car, bicycle, horseback, and even on foot but we boast a wealth of activities beyond those historic acres.

From historic inns to comfy campgrounds, boutique hotels and classic motels, find a range of options when you stay over.

From historic taverns to ethnic cuisine, farm-to-table dining to unique edibles, the tastes of Gettysburg are sure to please every palate.

Gettysburg and Adams County is the perfect four-seasons destination.

These Gettysburg trip ideas will inspire your next getaway!

With adventures to suit every budget, Gettysburg and Adams County businesses offer plenty of packages to help visitors create their dream vacations.

One of the best ways to experience history is to watch it come alive right in front of you. Living historians, encampments and presentations are found throughout Gettysburg starting in spring and usually ending late fall. Dedicated re-enactors embody famous generals, common soldiers and civilians who will engage with spectators giving them a deeper understanding of history. We’ve put together a list of living history hot spots where there’s a good chance you’ll find your favorite Civil War general leading drills or a platoon winding down after a days battle in an encampment. 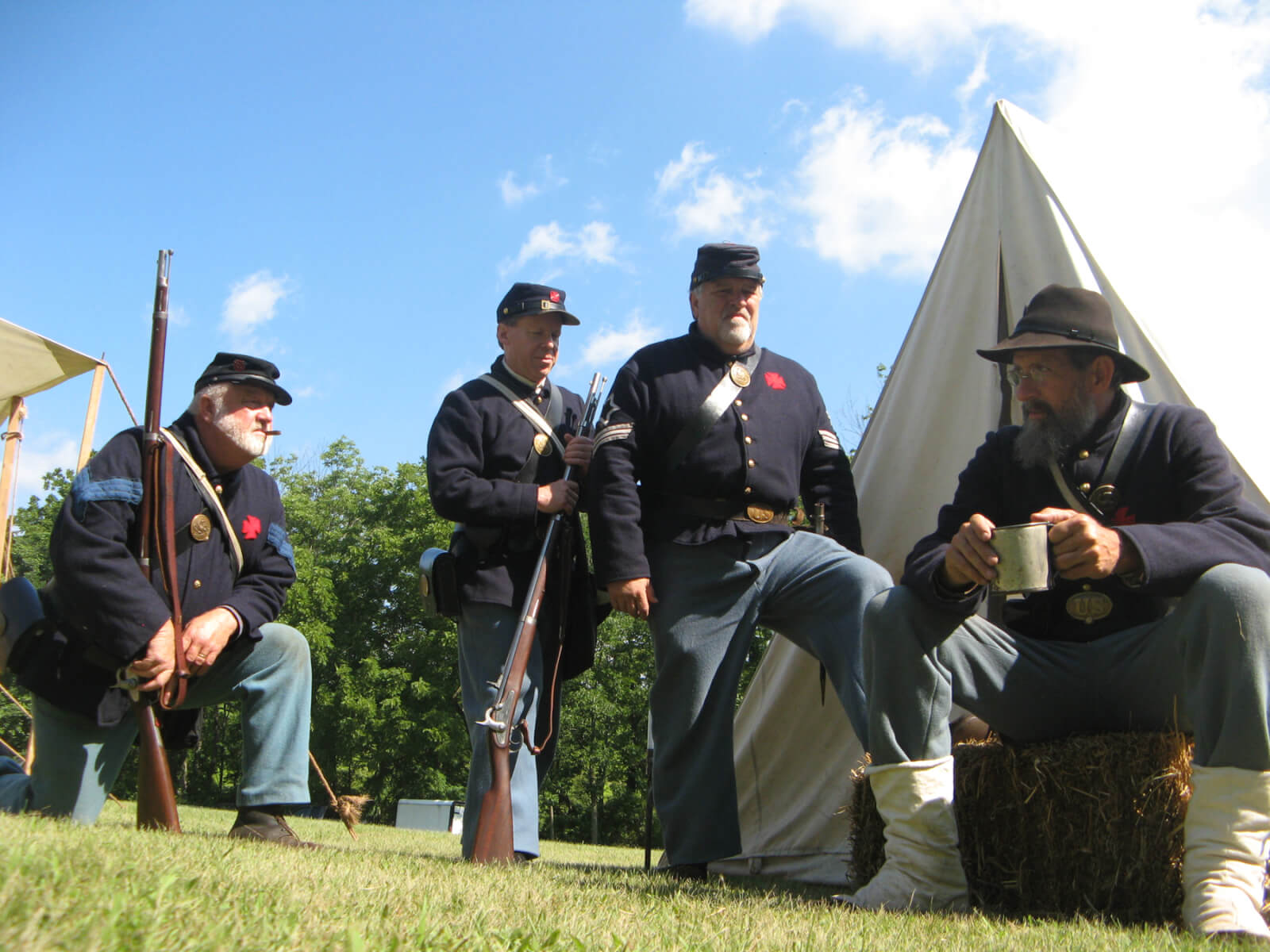 Gettysburg National Military Park hosts many living history groups right where the battle happened. Both Union and Confederate re-enactors demonstrate to spectators the tools, tactics and firepower of the Civil War. These demonstrations can be found at the Pennsylvania Memorial, Pitzer Woods, Spangler’s Spring and Meade’s Headquarters. A full living history schedule can be found on the National Park Service website. 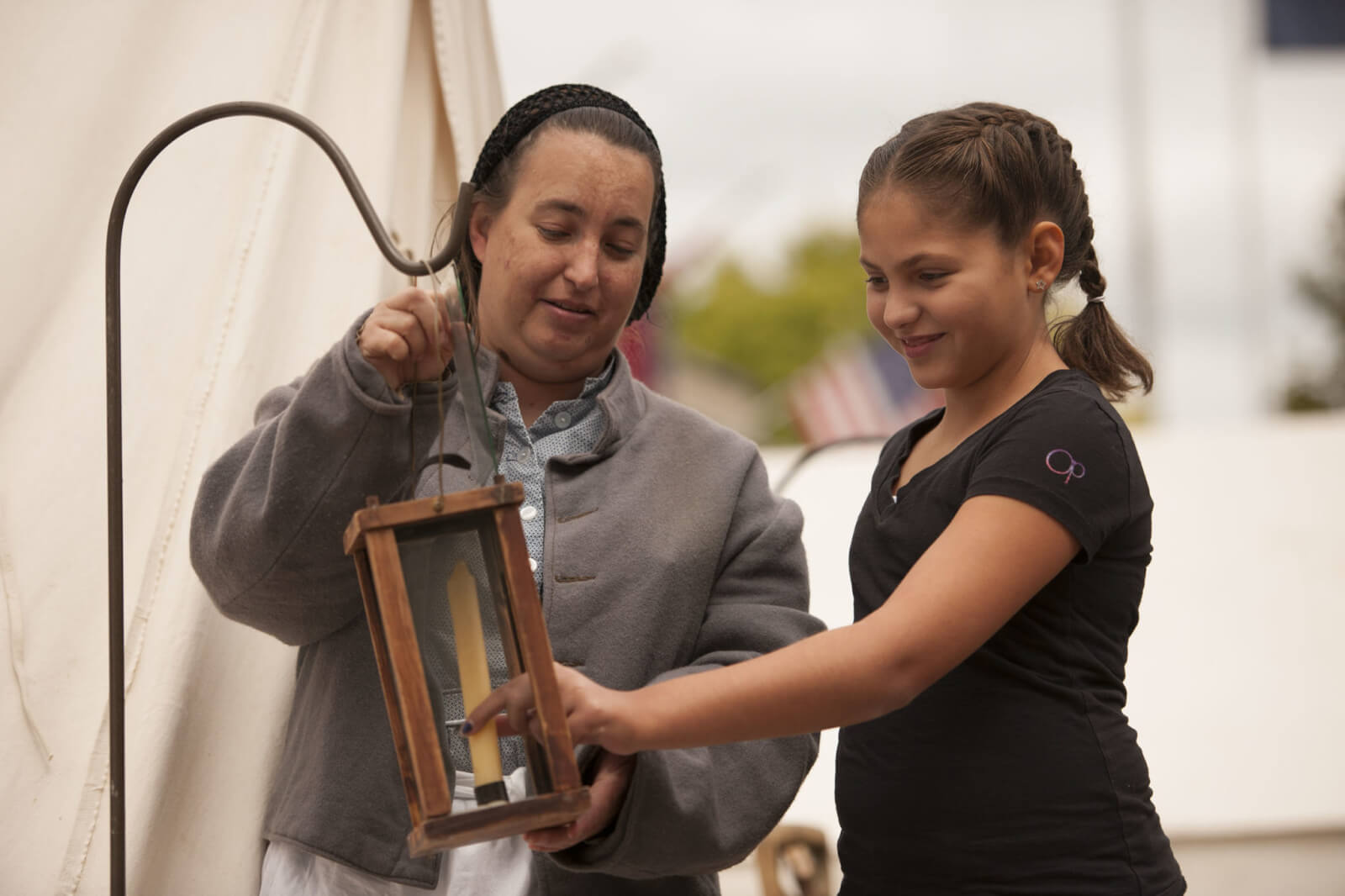 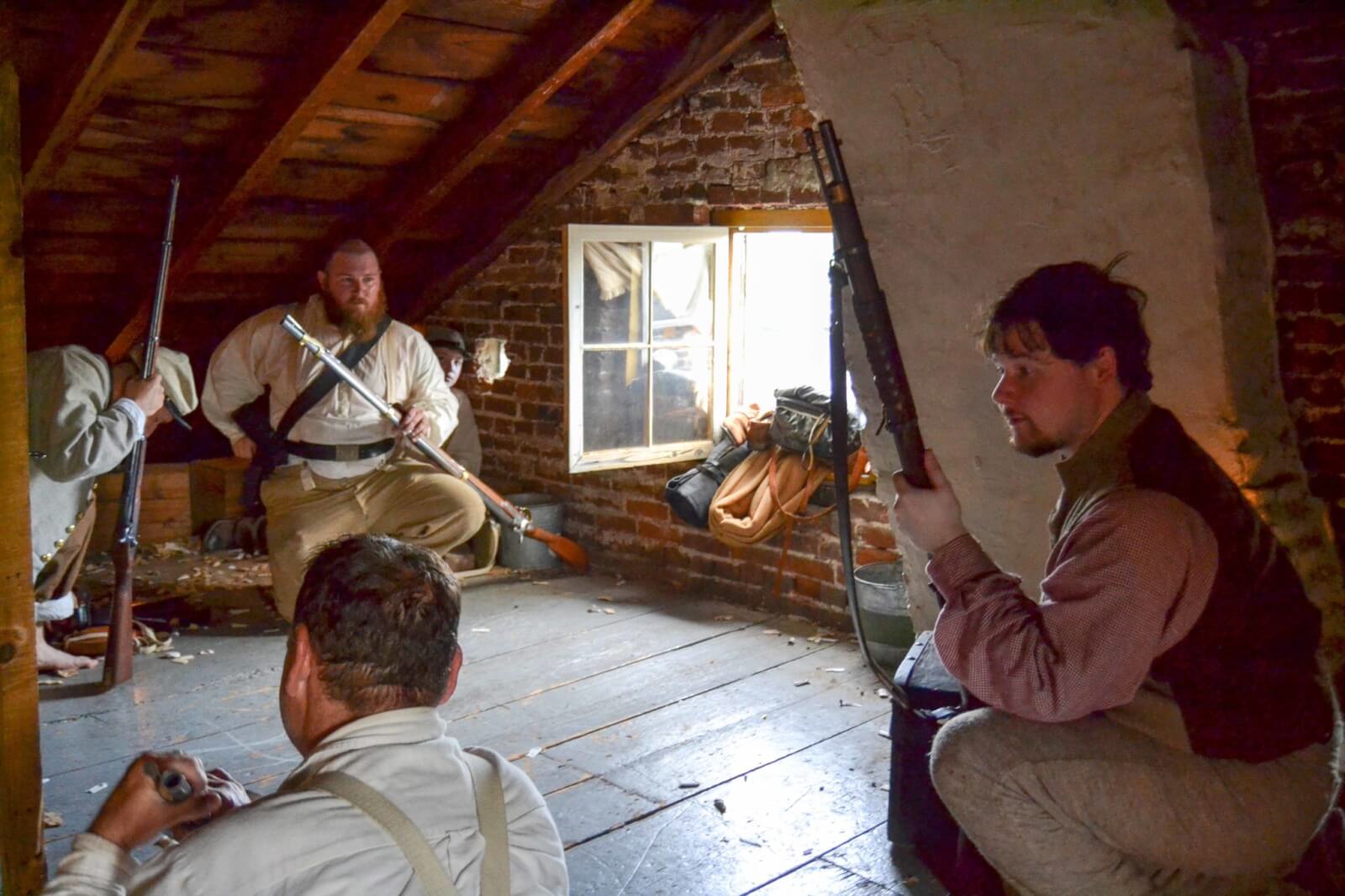 The Shriver House Museum tells the civilian experience and what residents went through during the Battle of Gettysburg through the story of one particular family, the Shriver family. All tour guides are dressed in period attire as they give the tour through the house. The Shriver house was overtaken by Confederate sharpshooters during the battle, and each year the museum re-enacts that event. Visitors not only get to see history play out before their eyes, but they get to participate. While younger visitors can have a nurse bandage their “wounds,” others can enjoy a root beer in the Shriver’s Saloon. 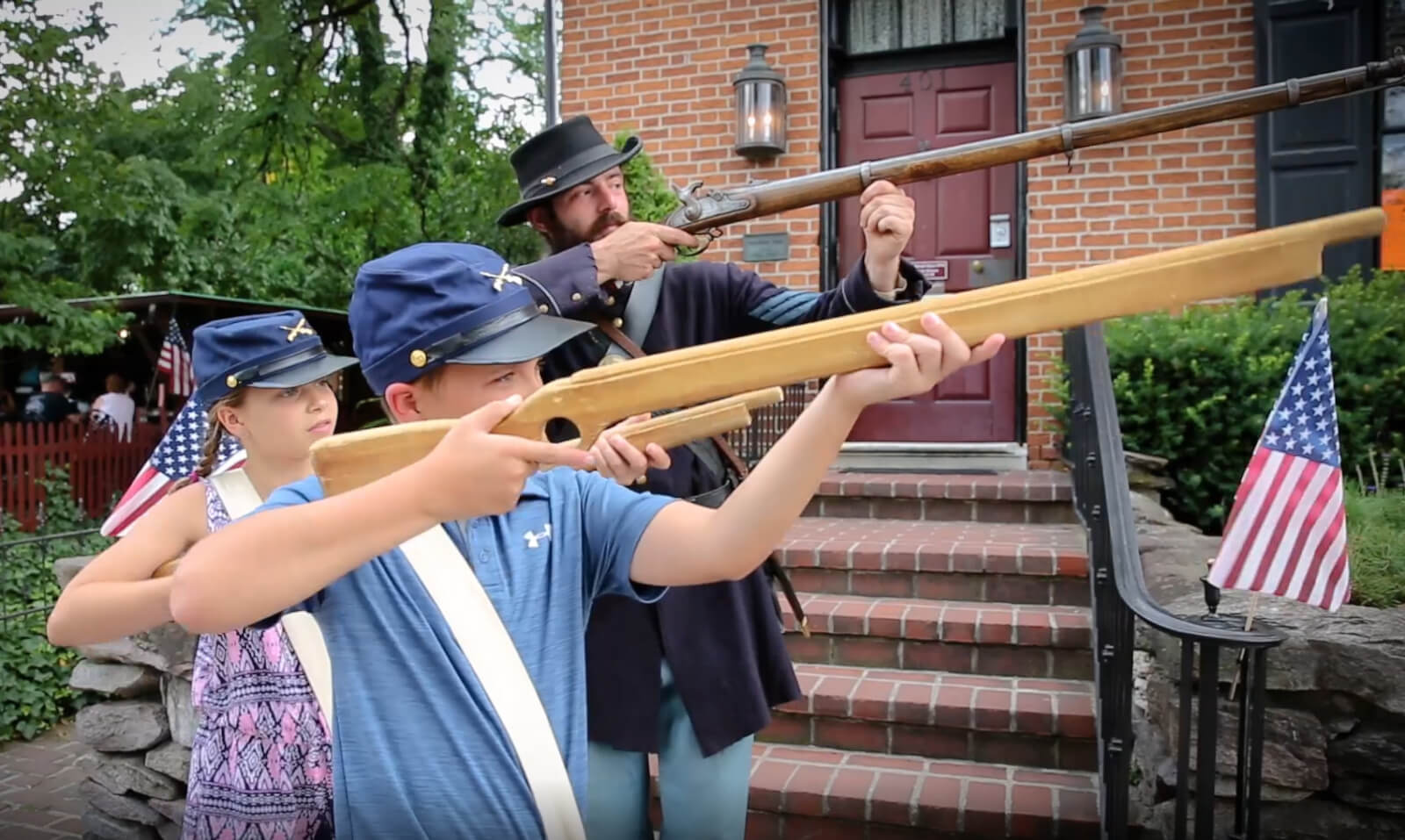 You can find living history all over the Farnsworth House. Behind the house is Camp Tiger, an authentic Civil War camp complete with tents, wagons, a spring house and a blacksmith tent. Living historians create experiences for groups to see what it was like to be a soldier in the “In Their Shoes” program. In addition to the encampment, period entertainers can be found in the beer garden playing music from the Civil War, and living historians give tours of the house’s attic and basement while describing the events which took place there in July of 1863. 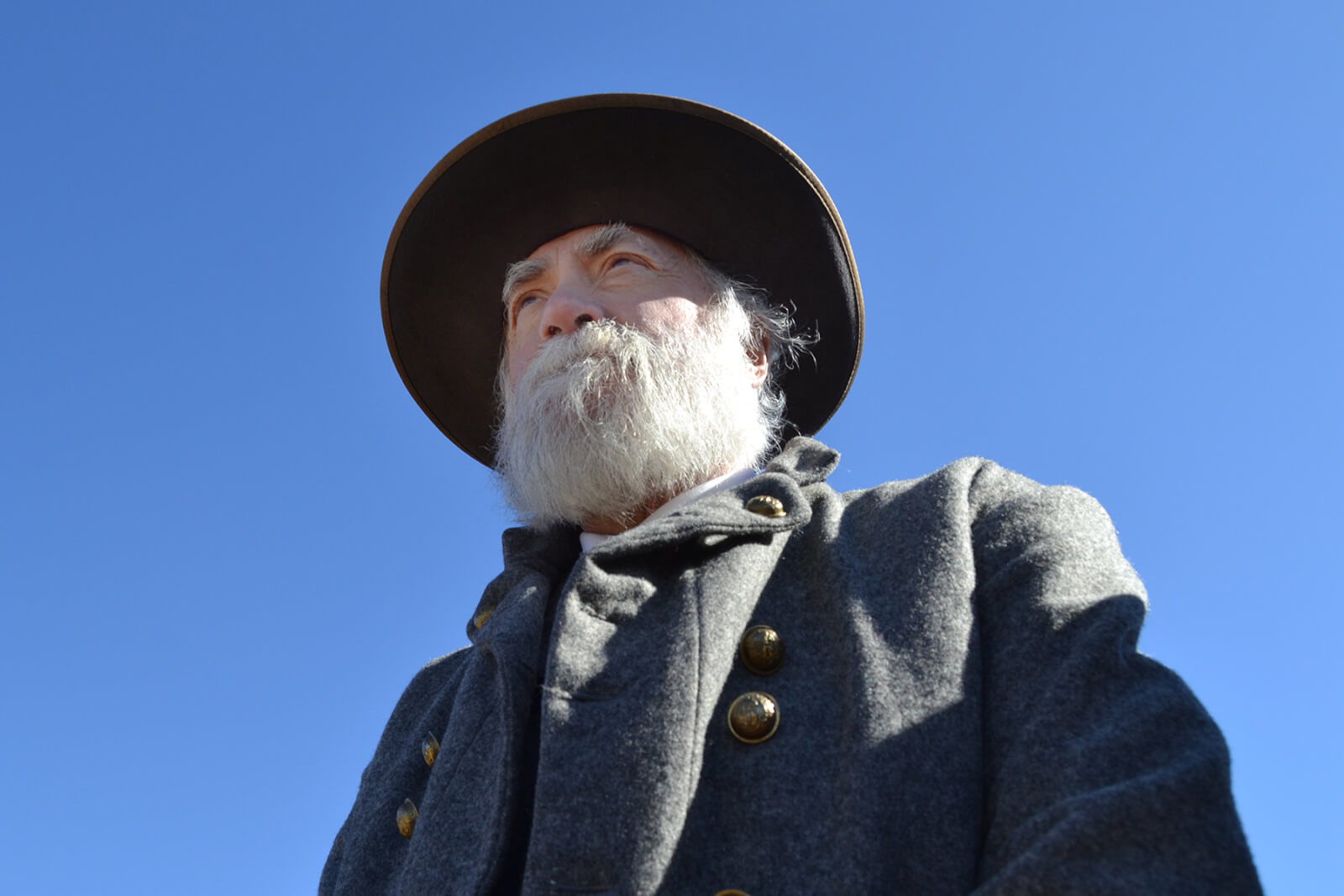 The Rupp family’s story is representative of what many civilians throughout Gettysburg endured during the battle. This restored home tells the story of the civilians as well as the preservation efforts of the home throughout the years. Living history events and programs are offered that depict how life was during that turbulent time. The Rupp House is known to host Civil War general encampments, field hospital exhibits and bands. 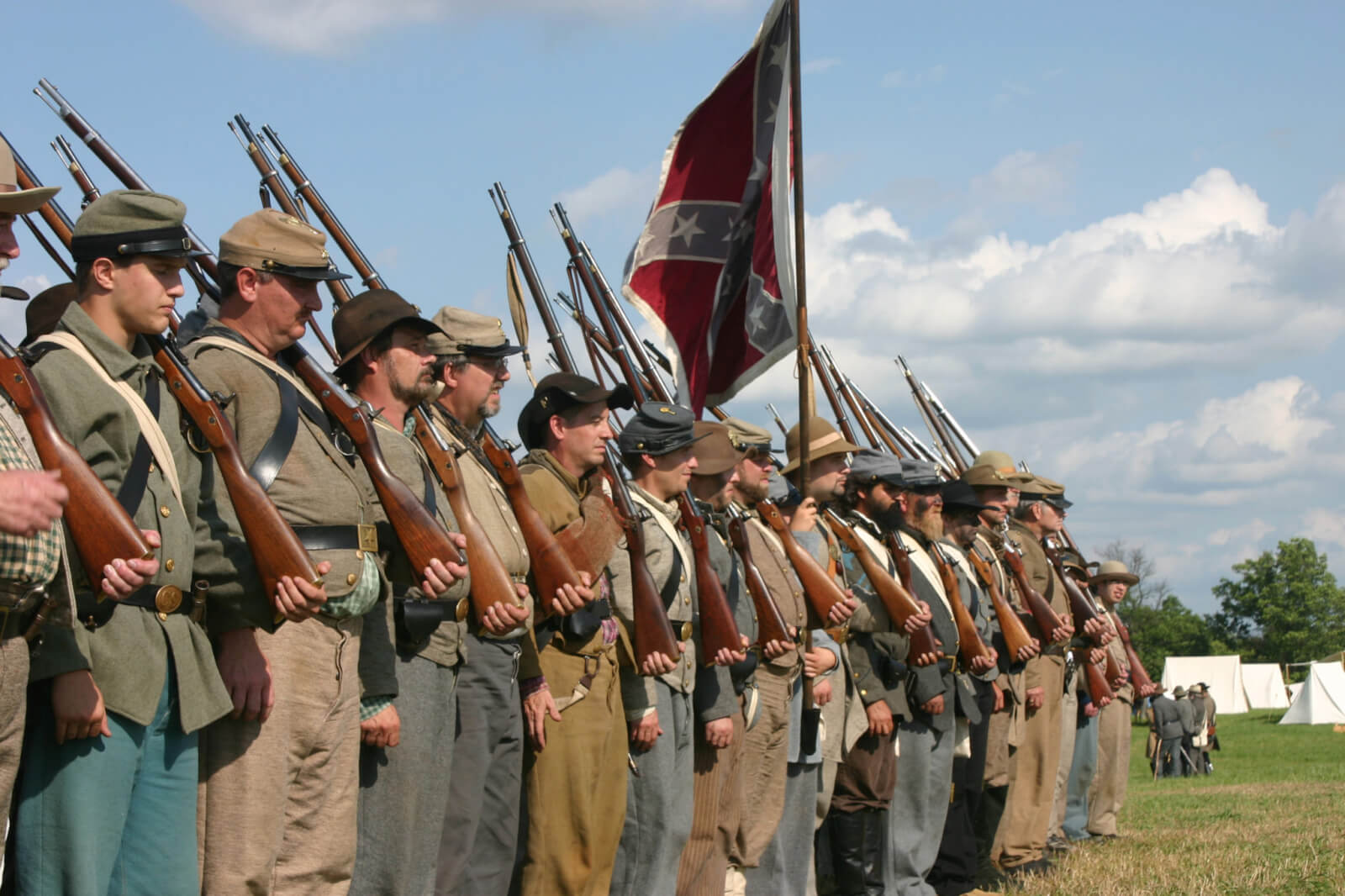 The Daniel Lady Farm served as a Confederate field hospital during and after the Battle of Gettysburg. The barn has since been restored and opened for guided tours on the weekend. In addition to tours numerous events are held at the farm, including living historians and skirmished of the Civil War, the French and Indian War and World War II. 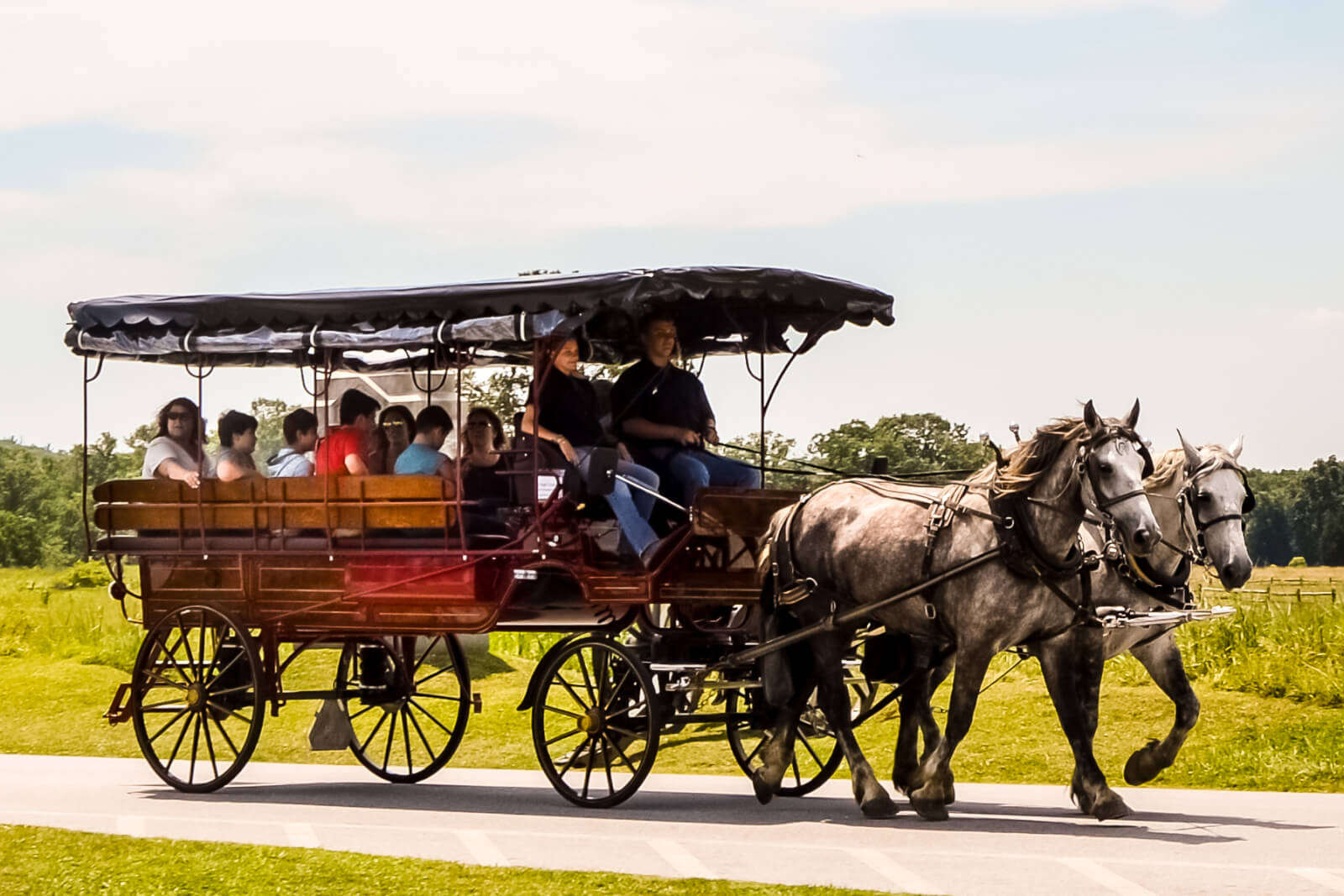 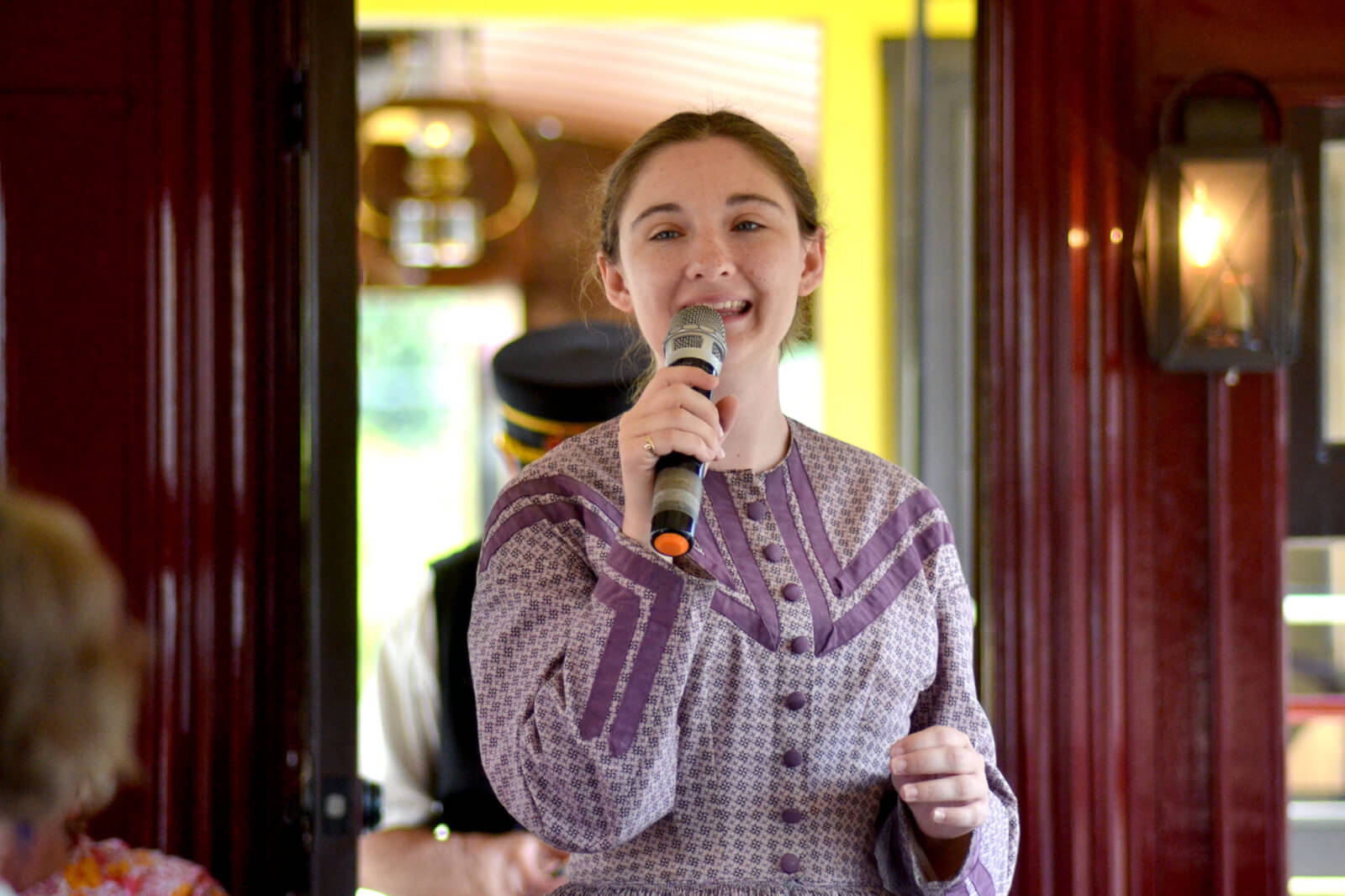 Northern Central Railway is a Civil War and Railroad historical experience aboard a steam powered, replica excursion train. Period musicians and living historians ride the train every weekend, engaging with passengers, telling their stories and singing their songs. Aboard you can find many entertainers such as Jeff Greenawalt, musician, actor and history buff singing of the Civil War era, General and Mrs. Lee and General Joshua Chamberlain. 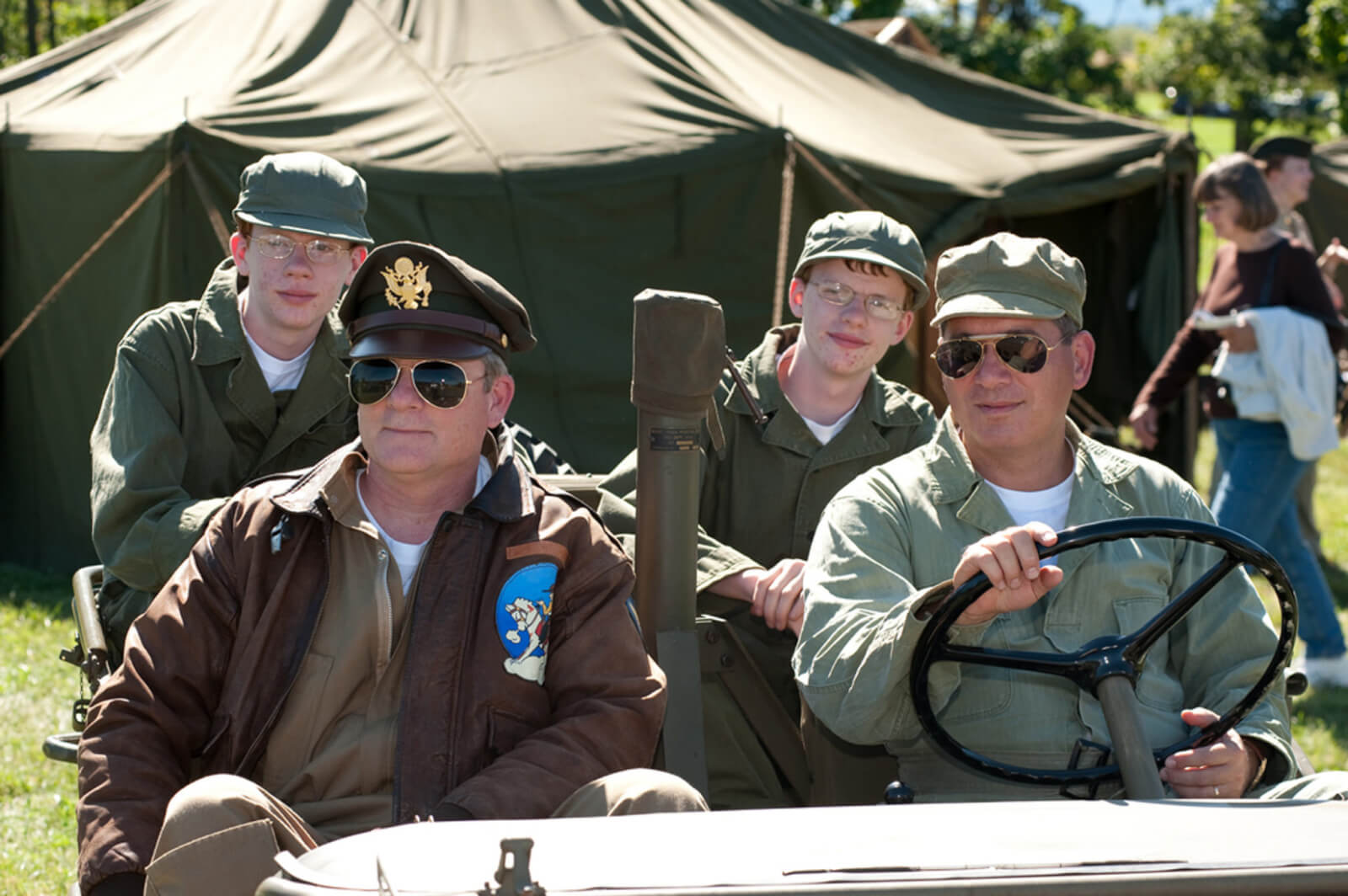 Each September, the Eisenhower National Historic Site hosts an authentic recreation of Allied and German army camps, complete with original World War II vehicles on the property. Hundreds of living history enthusiasts portray military personnel form 1944. Throughout the weekend, there are demonstrations on military medicine, weapons and equipment, communications and life of the common soldier.

Gettysburg is full of history, and living historians not only provide a means of learning that history in a new way, but create lasting memories for those who have the chance to engage with them. For more information on living history in Gettysburg, please visit www.DestinationGettysburg.com.

2 thoughts on “Where to Find Living History in Gettysburg”