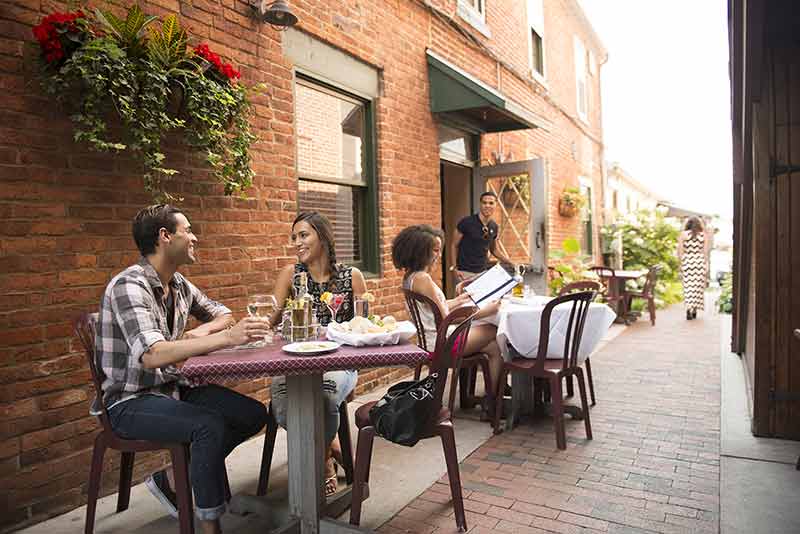 Downtown Gettysburg is one of the gems of Adams County, Pa., of which visitors can’t seem to get enough. With its bustling Lincoln Square and surrounding shops and restaurants, a warm feeling of community resonates all around.

Among the special aspects about downtown is the history behind every building. Many of the buildings were already standing during the Battle of Gettysburg and some have even hosted U.S. presidents such as Abraham Lincoln and Dwight D. Eisenhower over the years.

Gettysburg is known for its shopping, and the dozens of small businesses that line the streets make for the perfect atmosphere. First-class restaurants also abound, serving up all kinds of food, from Irish to Thai. And wineries located at nearby farms bring bottles of their finest reserves downtown to sell at their local shops, as well as a downtown farmers’ market every Saturday.

Gettysburg is a hub for a growing arts scene and downtown is home to the Majestic Theater, where plays and films dazzle audiences most every night. The downtown area hosts many events annually, including several parades, antique shows, ceremonies and even a New Year’s Eve Celebration with an amazing fireworks display at midnight. 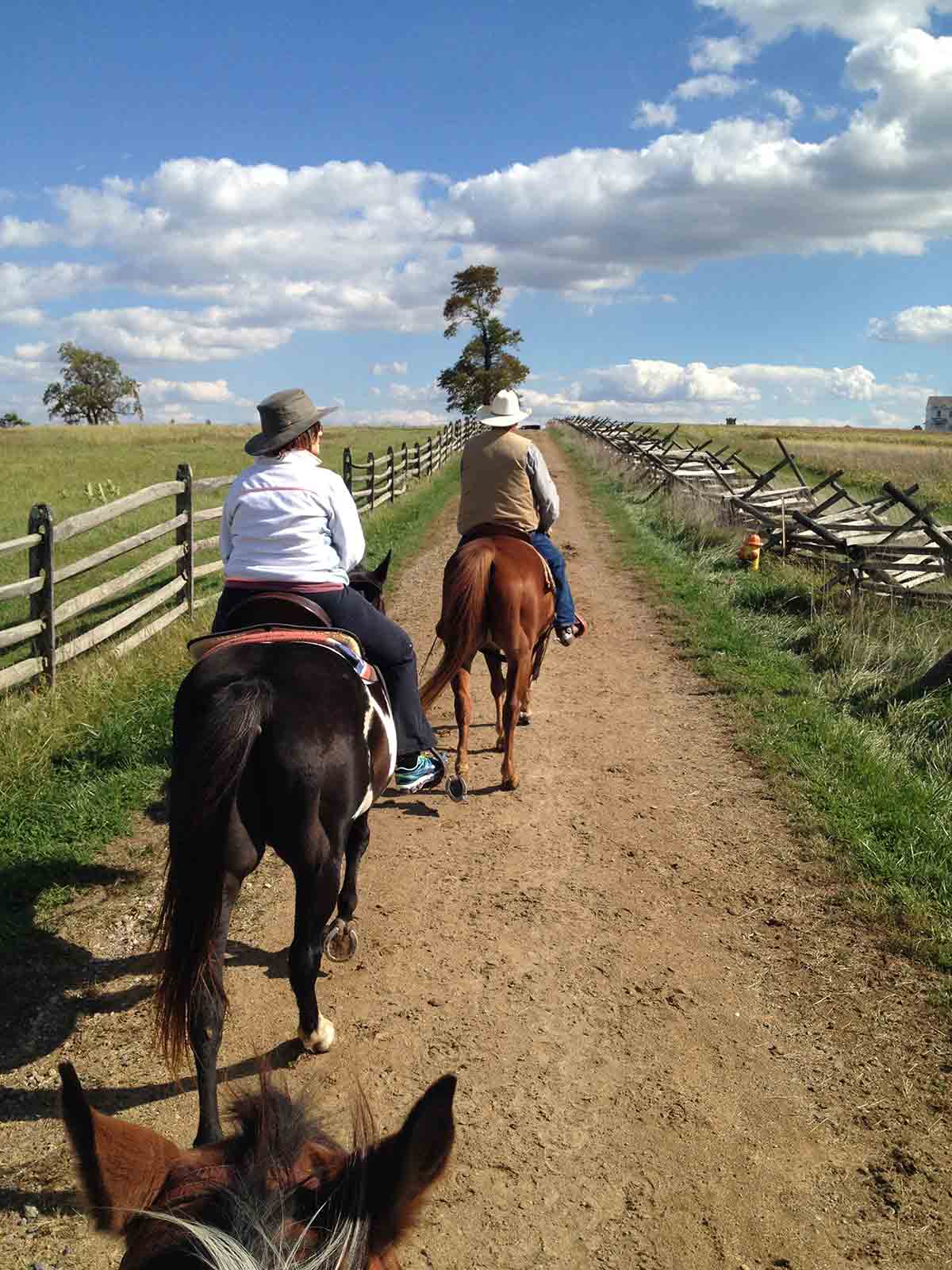 A Journey Back in Time

Gettysburg is steeped in history. From the time the first shot was fired on July 1, 1863, nothing would ever be the same in the small rural town.

Gettysburg would soon become known as the location of the bloodiest battle of the American Civil War and draw attention from leaders like President Abraham Lincoln through his immortal Gettysburg Address.

It is this worldwide respect for this hallowed ground that makes the Gettysburg battlefield one of the most visited military parks in the country.

All around Gettysburg, visitors can catch glimpses of Gettysburg’s past. There are museums, including the Shriver House Museum and the Jennie Wade House, that show guests what life was like for civilians during the Battle of Gettysburg; and tours that take visitors through the streets of Gettysburg and around the farmland to learn about the tragic events of 1863.

But Gettysburg’s history doesn’t stop at the Civil War. The 34th President of the United States, Dwight Eisenhower, picked Gettysburg as his home after retiring from the military. Today, his home is open to the public as a museum dedicated to his life there. 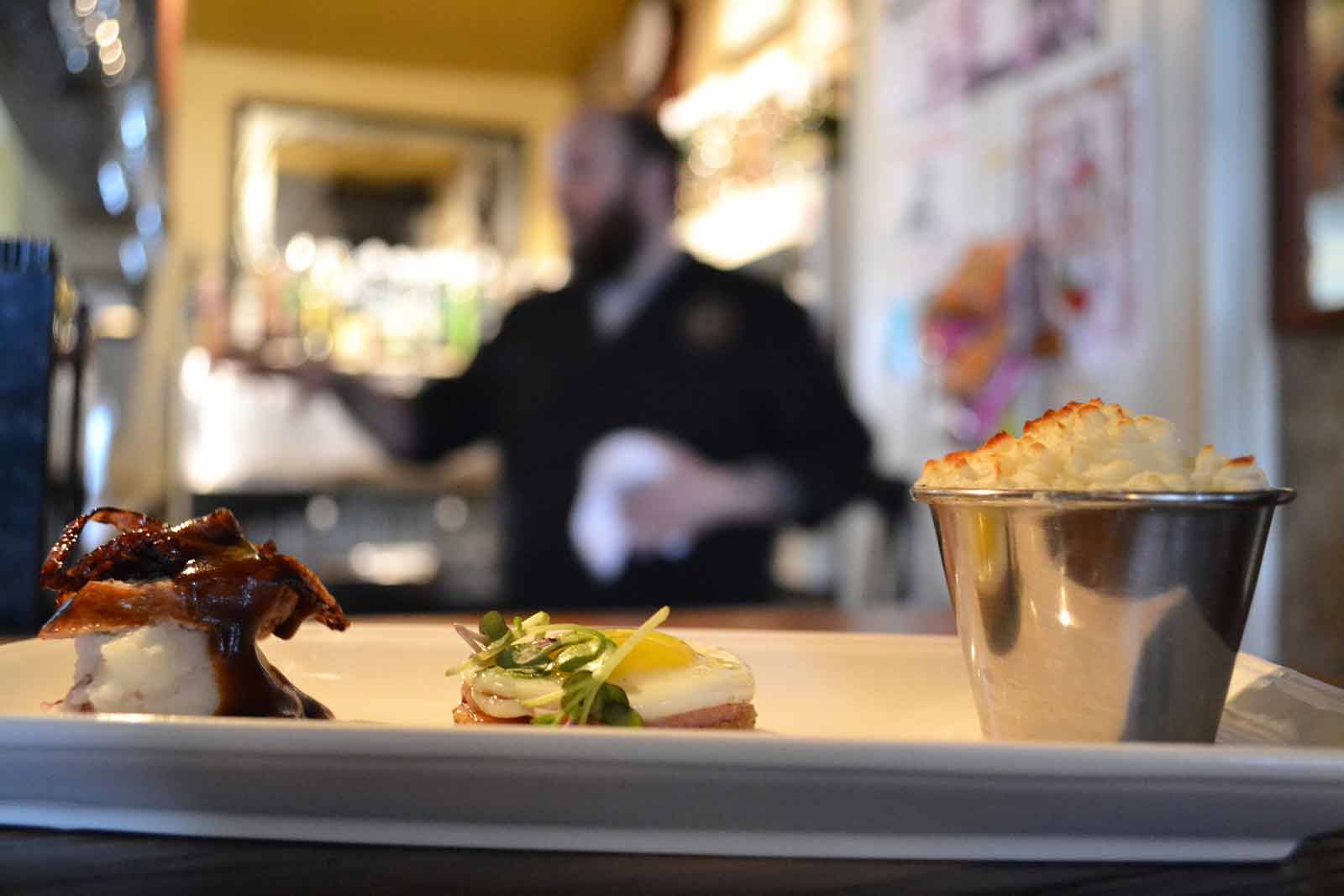 When it comes to the Gettysburg region’s nearly 4 million annual visitors, food is second only to the Civil War.

Adams County has always had great food – incredible restaurants, a distinct agriculture industry, and a growing wine industry that help make the destination one to savor, but the community has taken steps recently that are turning heads in the travel industry.

As the foodie culture grew around the country over the past several years, so did the passion toward the Gettysburg area’s fruit industry and other farms as more farmers’ markets popped up on roadsides and throughout the community.

Today, not only does Gettysburg have great restaurants, but a food tour, a dessert tour, farm-to-table programs and an emerging hard cider scene.

Restaurants have since incorporated local ingredients into their menus, and an awareness toward the culinary experiences in the region has grown – vital components to becoming a culinary destination. 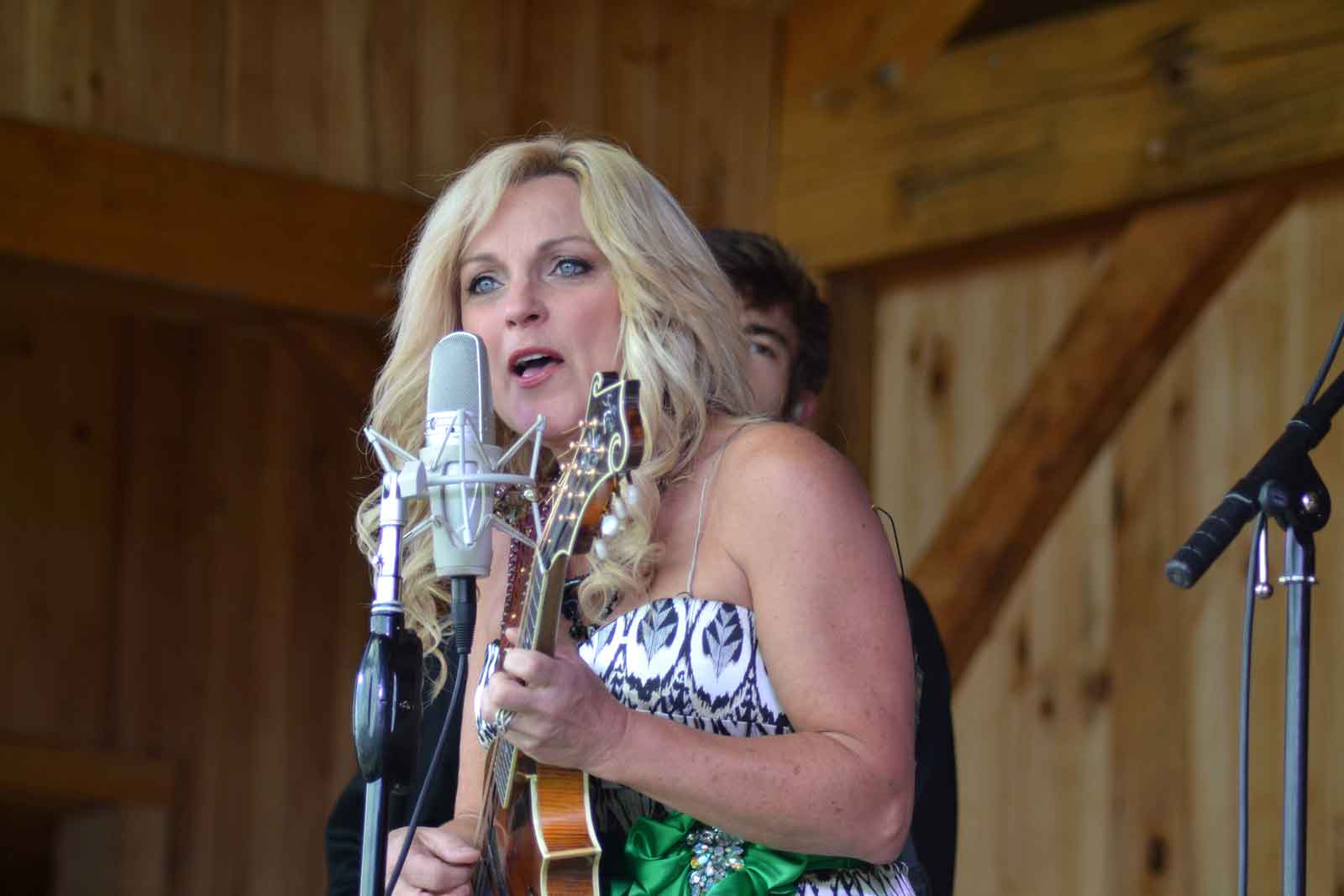 The Gettysburg region boasts a culture rarely found in towns of its size. With art, music, culinary and theater, Gettysburg celebrates the best things in life through a variety of experiences.

Start downtown at the famous Majestic Theater, the town’s cultural jewel. After a major renovation in the early 2000s, this icon has attracted world famous entertainers and local performers, in addition to independent films and concerts.

Head out into the Gettysburg countryside to enjoy evenings of music at local wineries that blend entertainment with a great variety of wine – all against the majestic backdrop of the South Mountain.

Events such as History Meets the Arts and the Civil War Music Muster bring history to life through the arts, and galleries throughout the town celebrate the town’s heritage through fine paintings and other culture. 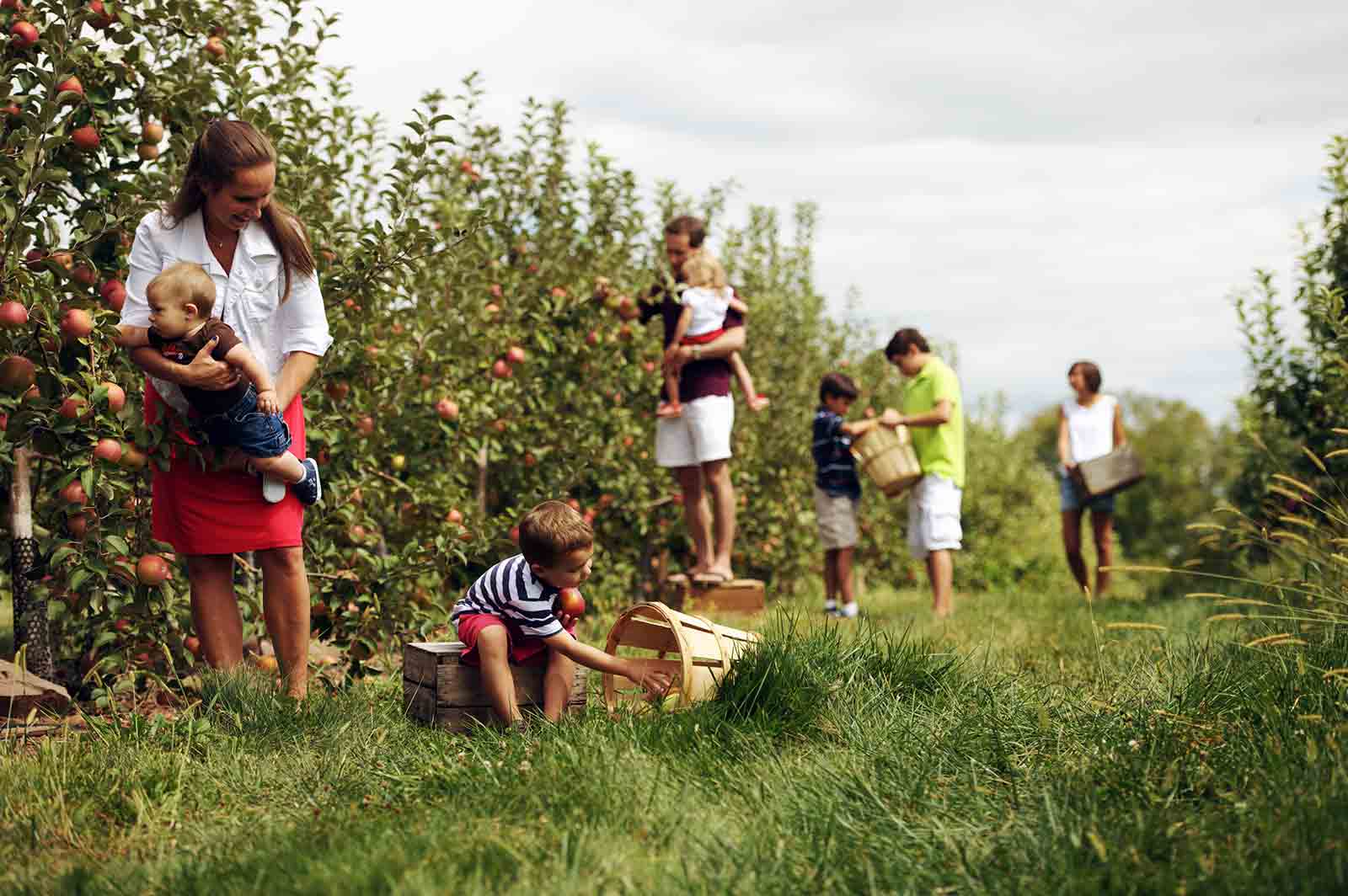 Adams County is, and always has been, deeply rooted in agriculture. Just minutes from Gettysburg are 20,000 rolling acres of fruit trees, primarily apple, which long ago gave way to the designation of Adams County as “Apple Country.”

Adams County is located in the heart of the Pennsylvania Fruit Belt, making it a popular stop for visitors wanting to see where some of the freshest produce in the nation is grown.

Spring comes alive each year in Apple Country with the arrival of billions of blossoms that dot the Adams County countryside.

The Gettysburg Wine & Fruit Trail showcases more than half a dozen farm markets, nurseries and wineries. Guests can visit any number of stops on the trail, which follows along a designed route through our local Apple Country and neighboring regions in both Pennsylvania and Maryland.

The annual Apple Harvest Festival in October celebrates the iconic fruit and present-day agriculture in the region. 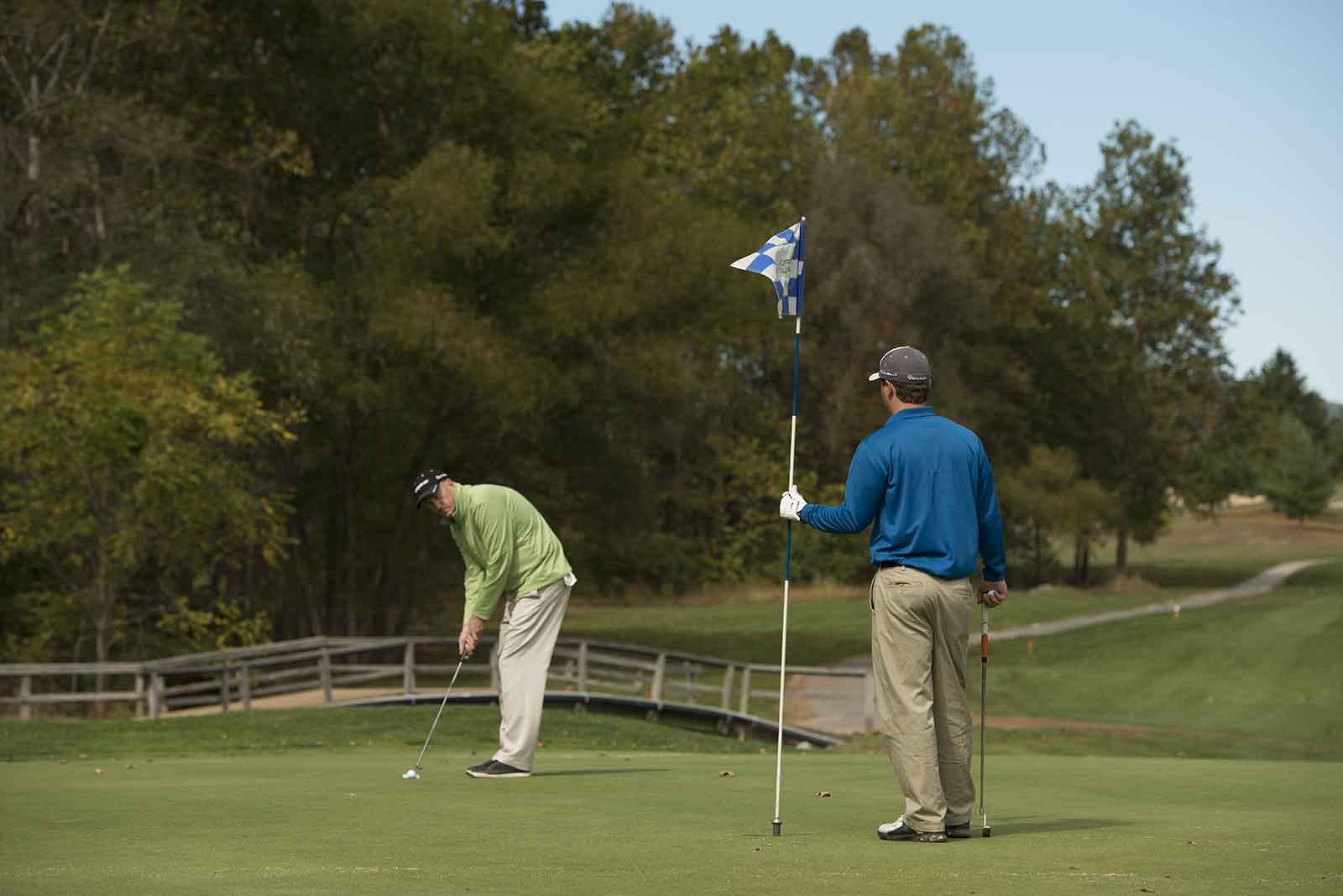 Recreation can mean anything in Adams County, whether it’s hitting a ball on a pristine golf course, skiing down perfectly powdered mountain slopes, pitching a tent or riding a horse through the Civil War battlefield.

The Gettysburg region is home to several championship golf courses which feature impressive fairways and challenging putting greens. Some of our courses have been recognized nationally, including the Links At Gettysburg, which was honored by Golf Digest Magazine as one of the best places to play in the United States.

Horseback riding is popular throughout Adams County, but especially on the Civil War battlefield. With several designated horse trails, the battlefield provides the perfect backdrop for a tour of the countryside.

Just a few miles down the road from Gettysburg is Strawberry Hill Nature Preserve, boasting 10 miles of trails over 600 acres of woodland. The Preserve also features a nature center and programs throughout the year. 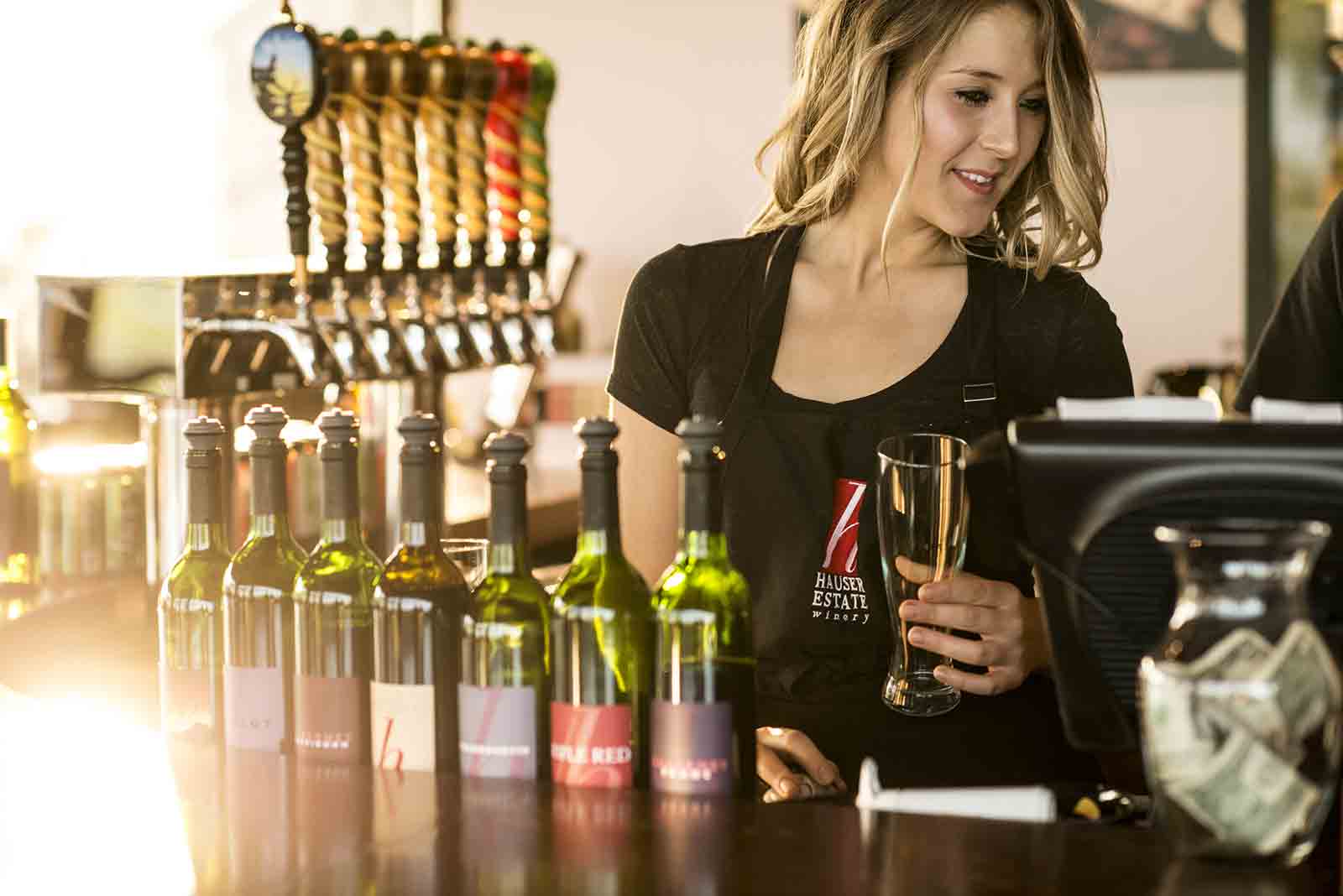 A Sip of Gettysburg

The countryside in and around Gettysburg is often referred to as “Apple Country,” but it’s the grapes that give locally made wines their delicious flavors. The Gettysburg area is growing with wineries which produce not only a variety of wines but hard ciders as well.

Thousands of guests flock to the Gettysburg countryside each year to get a taste of specially-blended wines that often feature home-grown apples for which the region is so famous. Wineries hold events throughout the year that feature music, art and family fun.

The Gettysburg Wine & Fruit Trail brings together the region’s great wineries with the orchards that line the scenic countryside.

The annual Gettysburg Wine & Music Festival in September offers visitors a chance to take in the tunes of local artists all while enjoying the samplings of the local wineries in and around the Gettysburg area The event features more than 20 Pennsylvania wineries, as well as many artisans and vendors.

This year, the Gettysburg Festival Inc. will also hold its inaugural Gettysburg Brew Fest at the end of August. The Brew Fest will feature local, regional and national breweries. 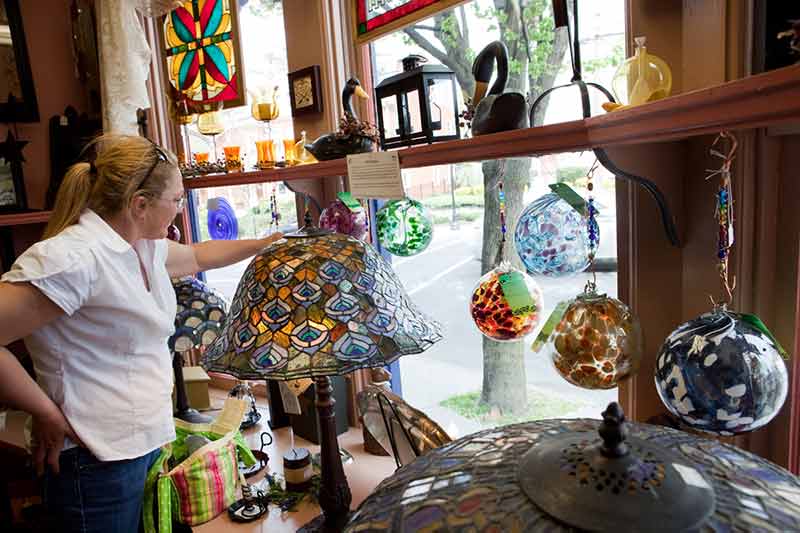 It’s no secret that Gettysburg can take visitors back in time, but a treasure trove of antique stores and art galleries are teeming in all corners of this historic destination.

From the founding of our nation through the Civil War and into the 1950s, 60s and 70s, antiques in the Gettysburg region span the eras – historic and modern.

Often called “the Antique Capital of Central Pennsylvania,” New Oxford, Pa., is a town built around antiques. With several large antique malls and nook-and-cranny shops, this is a treasure hunter’s paradise.

Its streets are lined with antique stores and shops. The shops of New Oxford feature many one-of-a-kind objects that guests love to purchase, including Civil War collectibles, furniture and rare art.

The Gettysburg Outdoor Antique Show, held once in the spring and once in the fall, brings more than 100 dealers together on Gettysburg’s town square for a full day of treasure hunting.

Similar antique events are held in both New Oxford and East Berlin and highlight a variety of collectibles from the past several centuries. 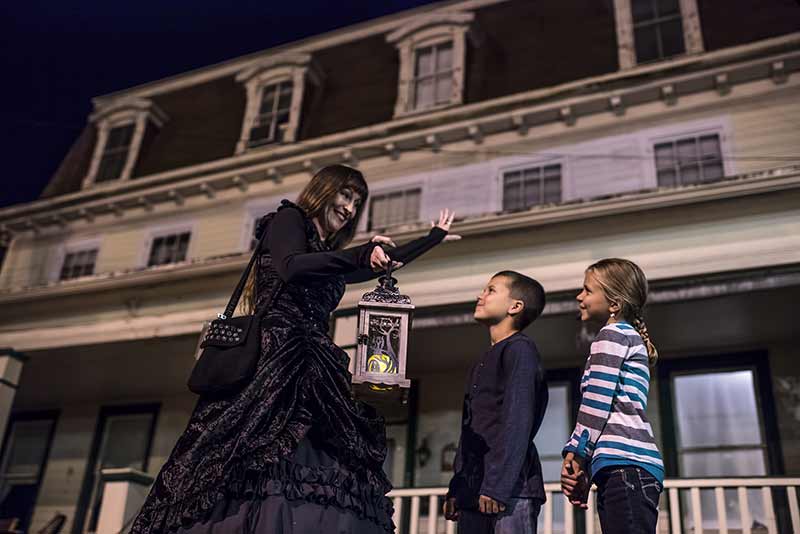 CNN named Gettysburg, Pa., one of the top haunted spots across America, while AOL Travel called the Cashtown Inn – a former Civil War hospital – of the “Spookiest Places to Spend the Night.”

With its tragic history, it is no wonder that many believe Gettysburg to be one of the most haunted places on earth. Every night, ghost tours walk the streets, as guides tell stories about the people who once lived (and fought) here – and whose spirits are said to still linger here.

Gettysburg’s paranormal side has been featured on several TV shows including the History Channel, A&E, the Travel Channel, and the SyFy Channel.

Sites believed to be haunted include the Sachs Covered Bridge, Farnsworth House Inn, the Jennie Wade House, the Cashtown Inn and the Dobbin House.

Locations are open to the public for both history and haunted tours, bringing visitors up-close with Gettysburg’s “night life.”

Year-round, visitors to Gettysburg try to bridge the gap between the present and the past with a variety of tours – both through the streets of Gettysburg, and inside homes and buildings in and around the historic town. 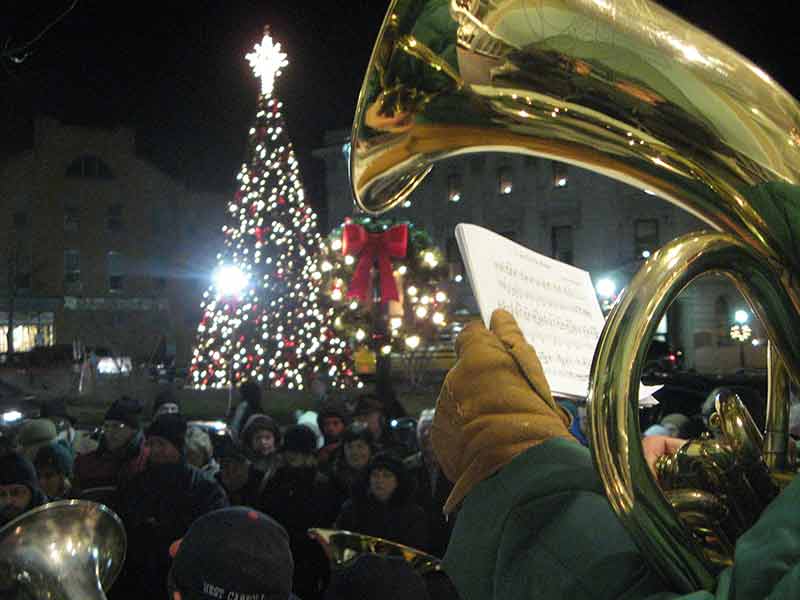 Gettysburg, Pa., will always be known for its three-day battle during July 1863, but these days, this historic small town is a year-round destination.

The holidays, especially, are a great time for a getaway to Gettysburg.

Every winter, thousands of visitors stay in one of Gettysburg’s cozy bed and breakfasts, enjoy a weekend of shopping in the historic downtown and take in the charm and tranquility of Gettysburg’s holiday season.

Gettysburg perfectly blends its history with the spirit of Christmas to create this holiday destination.

Enjoy a warm, period dinner at the Dobbin House, or a mug of hot cider near the fireplace at the Historic Fairfield Inn.

Downtown Gettysburg features eclectic boutiques, great art galleries and incredible restaurants. Or just enjoy a nice brisk walk through the downtown district taking in the beauty, history and charm of this small town.

Gettysburg also features a variety of events throughout the holiday season, including its New Year’s Eve Celebration in which the night is capped off with a fireworks display over Lincoln Square. 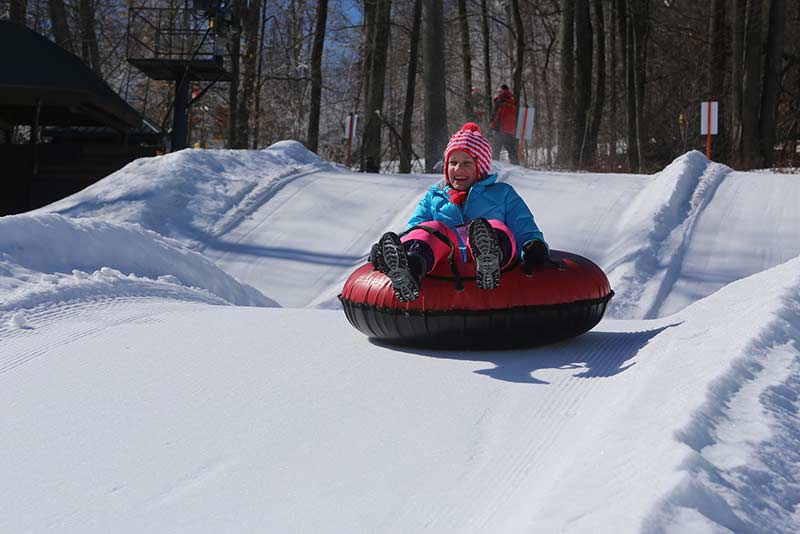 Gettysburg, Pa. – long thought of for its tragic Civil War battle in the brutal summer heat – is cooling things off during the winter with fun outdoor adventure, cozy getaways in historic inns and a variety of ways to break that cabin fever.

Every winter, Gettysburg gears up for a season of family fun, tasty trips, romantic getaways and presidential retreats. From the New Year until the verge of spring, this small Pennsylvania town will welcome thousands of visitors looking to shake off the winter blues and enjoy the cool, fresh air.

At the heart of Gettysburg’s winter season is Liberty Mountain Resort, one of the region’s best retreats for skiing, snowtubing and snowboarding. With a cozy lodge, restaurant and onsite hotel, Liberty Mountain is great for a weekend getaway or midweek trip. Within a short drive of Downtown Gettysburg, guests at Liberty Mountain are just minutes away from great dining, an array of boutique shopping, museums and wineries.

Gettysburg boasts a variety of bed and breakfasts, historic inns and charming hotels – many of which offer ski and wintertime packages that perfectly blend cold days with warm, cozy nights and range from romance, presidential and outdoor adventure. These inns are often rich in history, many of which date back to the 1860s when the epic battle raged throughout the town. Their warm hospitality and cozy comforts make a trip to Gettysburg feel like a true getaway.